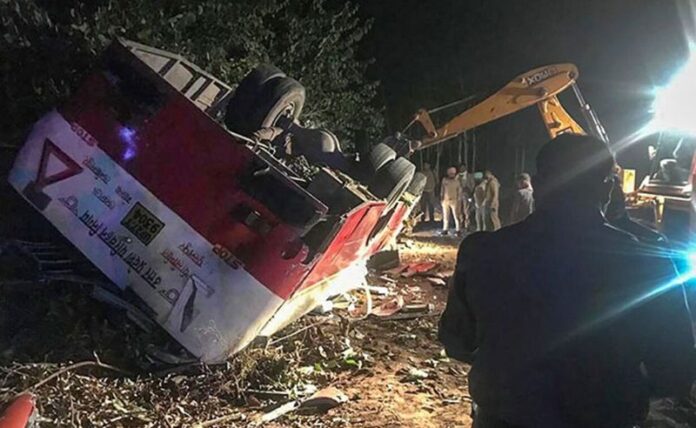 Pilibhit (Uttar Pradesh): As many as ten people were killed and seven others were injured after a vehicle carrying pilgrims from Haridwar collided with a tree in the Gajraula Police Station area here on Thursday morning.

The accident took place after the driver of the DCM vehicle lost control on Puranpur highway of Gajraula police station of Pilibhit. The injured passengers were rushed to the district hospital, of which five are being treated at a district hospital and two were referred to Bareilly.

“10 dead, 7 injured after a DCM vehicle returning from Haridwar met with an accident at about 4:30 am this morning. Of the 17 people, 10 died on the spot, five are being treated at a district hospital, and two were referred to Bareilly. We have contacted their families,” said Pulkit Khare, Pilibhit District Magistrate.

Jamia Student Shot At Inside Delhi Hospital After Brawl At University

Encounter Breaks Out In J-K’s Baramulla