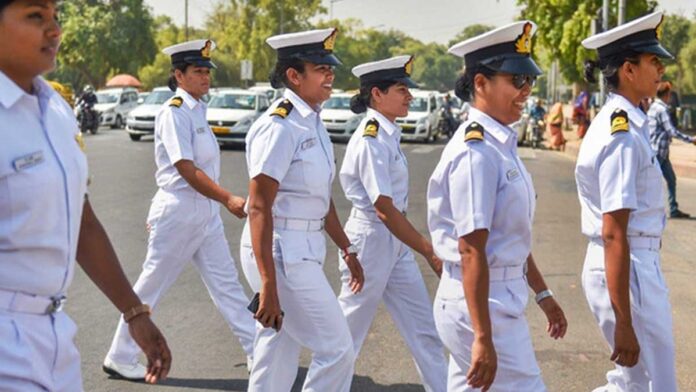 New Delhi [India]: Within days of the Navy opening registrations for the Agnipath recruitment scheme, around 10,000 females have registered themselves for the programme.

For the first time ever, the Indian Navy is allowing women to be recruited as sailors in the force who would also be deployed on warships as per operational requirements. “Around 10,000 female candidates had registered themselves till Sunday,” government officials said
After the registrations, the Indian Navy would open up the online application process for recruitment starting from July 15 to July 30.

The Navy is yet to finalise the final number of women among the 3000 naval ‘Agniveers’ that it will induct in 2022.

The Navy is making arrangements at INS Chilka, the premier basic training establishment for sailors of the Indian Navy, on November 21. The establishment will also have facilities for training the women sailors there.

“The Agnipath scheme in the Navy will be gender-neutral. As we speak, 30 women officers are sailing on board frontline warships. We have decided that the time has come to recruit women sailors as well, and in all trades which will include women who will go to sea,” Navy officials had stated.

Armed forces had been inducting women into the 14-lakh strong military forces since the 1990s but only at officer ranks. This changed in 2019-20 were from the Indian Army began recruiting women in other ranks for the first time.

As a result of this, 100 women jawans are presently Corps of Military Police (CMP).
The “transformative” Agnipath scheme, announced by Union Minister Rajanath Singh on June 14, in the presence of the three service chiefs provides for the recruitment of into the armed services of youths in the age bracket of 17-and-a-half-years to 21 for only four years with a provision to retain 25 per cent of them for 15 more years. The Centre later extended the upper age limit to 23 years for recruitment in 2022.

The Union Cabinet had also approved Agnipath scheme on June 14 and the youth selected under this scheme will be known as Agniveers.

The government had announced that 46,000 Agniveers to be recruited this year. It had said that armed Forces will have “a younger, fitter, diverse profile” to face future challenges.

There have been protests against the Agnipath scheme in some states and the government has announced support measures to allay apprehensions.