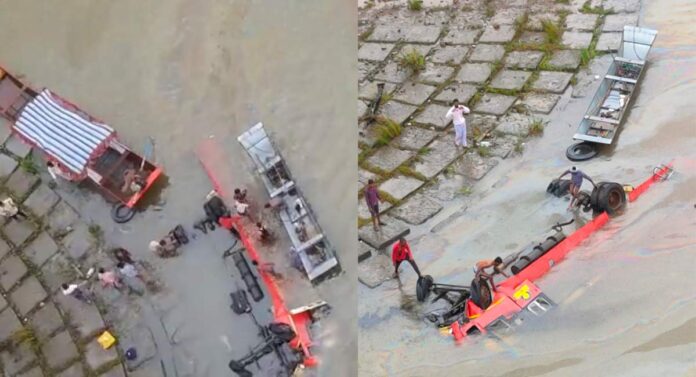 Dhar (Madhya Pradesh): As many as 12 people were killed after a Maharashtra Roadways bus they were travelling in fell off the Khalghat Sanjay Setu in the Dhar district of Madhya Pradesh on Monday.

“Twelve people died and 15 people have been rescued, MP Minister Narottam Mishra said adding that the Maharashtra Roadways bus was en-route from Indore to Pune. The bus containing 55 people was going from Indore to Pune, when it lost its balance and fell off the bridge.

The Dhamnod Police and Khaltaka Police rushed to the spot and conducted rescue operations with the help of divers.

So far, two injured persons have been taken to the Dhamnod Government Hospital in Madhya Pradesh.