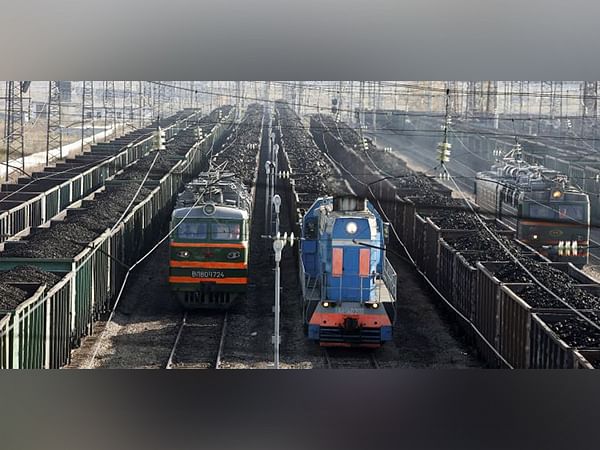 Tehran [Iran]: Marking the official launch of the eastern section of the North-South railway corridor, the first rail transit cargo from Russia to India entered Iran on Tuesday through the Sarakhs border crossing.

Carrying 39 containers, the Russian transit train left Chekhov station on July 6, traveling 3,800 kilometers through Kazakhstan and Turkmenistan to enter Iran. The cargo will be transported to Bandar Abbas port in southern Iran through a 1600 km rail route to finally be sent to India’s Nhava Sheva Port via sea, reported Tehran Times.

The Russian train was allowed into the Iranian border in a ceremony attended by First Vice President Mohammad Mokhber along with transport, oil, industry, and agriculture ministers as well as the vice president for science and technology.

“The transit capacity of the country has increased to 20 million tons and by planning and taking appropriate measures, transiting 300 million tons of commodities per year can be reached,” said Mokhber.

The North-South Corridor consists of three route sections, namely East, West, and Middle.
Iran and Russia are also cooperating in the maritime sector to use the Caspian Sea to shorten the transit route from Russia to India.

International North-South Transport Corridor is a corridor to increase trade between India and Russia. This trade route is 7200 Km long and the transport of freight is through a multi-mode network of roads, ships, and railways. This route connects India and Russia through Iran and Azerbaijan.

The corridor is aimed at reducing the carriage cost between India and Russia by about 30 per cent and bringing down the transit time from 40 days by more than half.

Earlier this week, the Islamic Republic of Iran Shipping Lines (IRISL) announced that it has assigned 300 containers to transport goods between Russia and India, reported Tehran Times.

The mentioned containers have been allocated to execute the first phase of a program for transiting Russian commodities to India via the North-South Corridor using the Caspian Sea.

“According to the plans made by the Islamic Republic of Iran Shipping Lines, in the first phase, 300 containers have been considered for transporting cargos to Russia, and if the demand increases, the number of these containers will increase continuously,” an IRISL statement said.

Russia, India, and Iran are the founding member states of INSTC. The agreement was signed in 2002.

There are 13 member states of the INSTC project – India, Iran, Russia, Azerbaijan, Armenia, Kazakhstan, Belarus, Tajikistan, Kyrgystan, Oman, Turkey, Syria and Ukraine.
Bulgaria is the Observer State. The Baltic countries like Latvia and Estonia have also expressed willingness to join the INSTC.

India shows interest in extending INSTC membership to countries like Afghanistan and Uzbekistan.

Establishing a land route via Kabul and Tashkent to form the INSTC’s “Eastern corridor” would maximise the potential of this collaboration.

Also, India wants to include Chabahar port to be included in the International North-South Transport Corridor (INSTC).