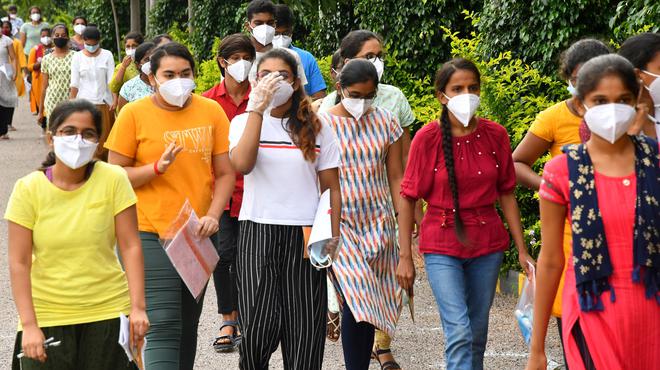 New Delhi [India]: As many as 53,670 candidates attended the second day of the Common University Entrance Test (CUET) 2022 for UG Admissions, said the University Grants Commission (UGC) on Saturday.

Prof M Jagadesh Kumar, Chairman, UGC said, “The examination was held in 247 centres across the country where the number of candidates allotted in the first slot were 35,836 out of which 27,642 attended. The attendance in slot 1 was 77 per cent. In the second slot 26,028 candidates attended out of a total of 36,109. The overall percentage of attendance in the second slot was 74 per cent.” He further added that a total of 10 subjects were held in slot 1 and 10 again in slot 2.

The largest Test Centre for the second day was Delhi University where 635 candidates appeared out of 700.

In order to stop cheating using mobile networks, Jammers were installed in all the centres. A total of about 1,500 jammers per shift in all shifts were put in place.

The Common University Entrance Test (CUET) 2022 for UG Admissions will be conducted in two phases between July 15 and August 4.