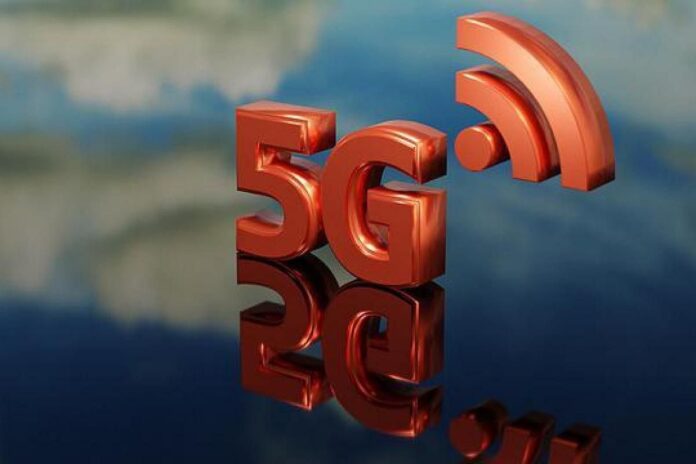 Four rounds of auction of the 5G spectrum were completed on bidding on Tuesday which saw telecom operators -Reliance Jio, Adani group, Bharti Airtel, and Vodafone Idea bid for the spectrum.

In all probability, the auction process is likely to be completed today and the high-speed telecom services is expected to be offered in several cities in the county by the end of the year.

“We have to complete this process by August 14 and 5G services in the country will start by September-October,” Information Technology Minister Ashwini Vaishnaw said in a press conference after the bidding yesterday.

“Going by the initial responses, it seems all the previous revenue records would be broken during this auction process,” Vaishnaw said.

“Approximately Rs 1.45 lakh crore is an important number. This shows that the entire industry is now moving towards a positive territory in terms of new investments, quality of services, new technology,” the minister said.

The telecom industry is heading towards becoming a sunrise sector, he said.

The Union Cabinet chaired by Prime Minister Narendra Modi had recently approved the Department of Telecommunications (DoT)’s 5G spectrum auction through which spectrum will be assigned to bidders to provide 5G services to the public as well as enterprises.

India is expected to get full-fledged 5G services by March 2023, Vaishnaw had said at an event earlier.

“Telecom is the primary source of digital consumption and it is very important to bring trusted solution in telecom. India has its own stack of 4G like radio, equipment, and handset. 4G is ready to deploy in the field and 5G is ready in the lab, and 5G will be ready to deploy in March 2023.”

“The technology, core network behind 5G services should be built up by India, that would be an achievement for the country,” said Vaishnaw.

Speed capacities of 5G services would be about 10 times higher than what is possible through the current 4G services.

This is the first time that the Gautam Adani-led Adani group, which recently forayed into the telecom sector, participated in the bidding process of the 5G telecom spectrum auction.

However, the group has said it has no intention of entering the consumer mobility space.
Adani Group is participating in the 5G auction to provide private network solutions along with enhanced cyber security at airports, ports and logistics, power generation, transmission, distribution, and various manufacturing operations.