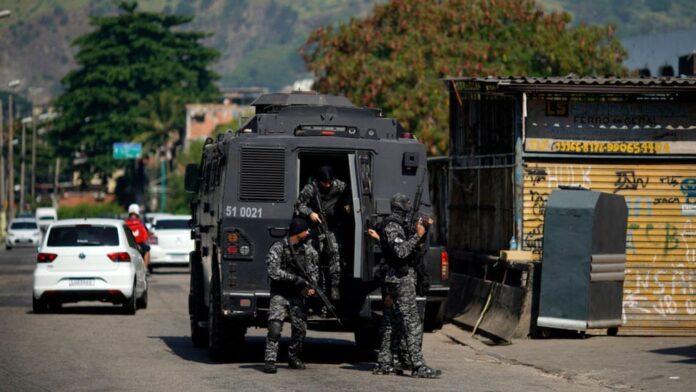 Rio De Janeiro [Brazil]: At least six people were killed and two others were wounded on Tuesday after a shootout between police officers and alleged criminals in a favela in Rio de Janeiro, Brazil’s second-largest city, police sources said.

The Rio de Janeiro Civil Police said the event took place in the favela of Manguinhos in the North Zone of Rio de Janeiro Tuesday morning when a group of agents were shot at as they passed nearby. When police reinforcements arrived at the scene, a fierce shootout ensued, with at least six dead and two wounded, which also caused the interruption of train service in the area.

The Manguinhos favela is very close to the headquarters of the Rio de Janeiro Civil Police.