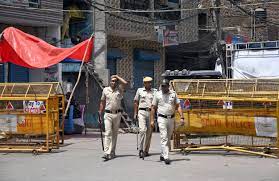 New Delhi [India]: A 62-year-old priest was allegedly beaten to death in Delhi’s Sonia Vihar area on Wednesday morning. The deceased was identified as Soni Ram.

“On Wednesday at about 5.40 am, a PCR call was received at PS Sonia Vihar regarding the beating of a priest by a person near 2- 1/2 Pusta Sonia Vihar. Immediately police team reached the spot and found that the injured had been shifted to JPC hospital,” said police.

Soni Ram was taken to a hospital and he later succumbed to his injuries.

“Soni Ram was later shifted to GTB Hospital. He was unfit for statement. Later, in late evening information was received from the hospital that Soni ram succumbed to injuries,” the police added.

During the inquiry, it was found that one Sonu Bhatt had beaten the priest.

Sonu Bhatt was later beaten up by the local people and was admitted to Trauma Centre Civil Lines Delhi.

A case has been registered in the matter under section 302 of the IPC.

The accused Sonu Bhatt is still undergoing treatment at the Trauma Centre.

According to the preliminary investigation, Bhatt was not in a healthy state of mind and did not know the deceased.

Further investigation into the matter is in progress.