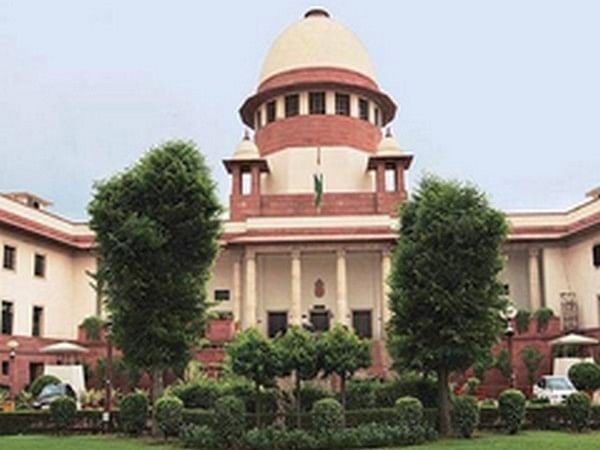 New Delhi [India]: The Aam Aadmi Party (AAP) has filed an application in the Supreme Court opposing a PIL against political parties promising to distribute ‘freebies’ during election campaigns.

AAP in its application said that electoral promises such as free water, free electricity, and free transport are not ‘freebies’ but are absolutely essential in an unequal society.

AAP claimed that it had the fundamental Right To Free Speech under Article 19 of the Indian Constitution, which included the election speeches and promises for the upliftment of the poor by providing night shelters, free electricity, free education and free healthcare facilities.

“Electoral promises such as free water, free electricity or free public transport are not freebies but examples of discharging constitutional responsibilities of the State towards creating a more equitable society,” stated the application filed by AAP.

Last week, the Supreme Court observed that political parties promising to distribute freebies during election campaigns is a “serious economic issue” and said that there is a need for a body to examine the issue.

It opposed the PIL filed by advocate Ashwini Upadhyay saying that the petitioner was linked to BJP and wanted to oppose a particular “socialist and welfarist agenda” practised by it in national politics that help the downtrodden and the poor.

Arvind Kejriwal-led party said, “By removing such socialist and welfarist agenda from electoral discourse, the petitioner seeks to advance interests of a different, more parochial kind of politics reliant on caste and communal appeals instead of on appeals to people’s welfare.”

Alleging that the Centre has spent or foregone significant amounts from the exchequer and willingly taken on the concomitant fiscal loss, whenever it has come to aiding the corporate sector and further enriching the rich, the AAP said, “If something needs to be rationalised for conservation of national resources, it is these benefits which primarily enrich the enriched, rather than benefit the deserving masses which the petitioner wrongfully calls freebies.”

If the Supreme Court were to finally decide to constitute a panel to examine the issue, AAP said, the panel must also have representatives from all state governments, all recognised political parties and planning bodies from each state and Union territory, besides the representatives of Reserve Bank of India, Finance Commission, Election Commission and NITI Aayog, the application stated.

The apex court is bound to a PIL seeking direction to seize election symbols and deregister political parties that promised to distribute irrational freebies from public funds.

It had asked the Central government to take a stand on the need to control the issue of political parties promising to distribute irrational freebies from public funds during elections campaigns.

The CJI had also sought the opinion of senior advocate Kapil Sibal, who was present in court for some other matter at that time, on freebies by political parties.

“It’s a serious issue but difficult to control politically. The Finance Commission when it does allocation to various states can take into account the debt of the state and the quantum of freebies. Finance commission is the appropriate authority to deal with it. Maybe we can invite the Commission to look into this aspect. Centre cannot be expected to issue directions,” Sibal had said.

Election Commission of India (ECI) had told the apex court that it was held in previous judgments that a manifesto was part of the promises of a political party and suggested that the Central government could bring in a law to deal with the issue.

The top court had observed that promising freebies is “serious issue” which may influence the electorate and affect fairness of polls.

Advocate Upadhyay filing the plea had claimed that political parties’ arbitrarily promises or irrational freebies for wrongful gain and to lure voters in their favour is analogous to bribery and undue influences.

It claimed that promise or distribution of irrational freebies from public funds before elections could unduly influence the voters, shake the roots of a free and fair election, and disturb the level playing field, besides vitiating the purity of the election process.

The petition stated that unfortunately, freebies are not connected with job creation, development, or agriculture and voters are lured to cast votes in their favour by magical promises.