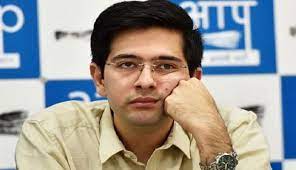 New Delhi [India]: Aam Aadmi Party MP Raghav Chadha on Monday lashed out at the BJP-led Central government claiming that petrol and diesel prices had both risen over 75 times in the past year.

The revelation came in response to a question put forth by the AAP MP in the Rajya Sabha. “In response to my question, the Centre has said that it hiked the prices of petrol and diesel 78 times and 76 times in that order, during the financial year 2021-22. It has a cascading impact on (the price of) every other commodity,” said Raghav Chadha.

The AAP leader said, “The Centre made Rs 16 lakh crore through the excise duty imposed on fuel between 2016 and 2022. The Centre doesn’t even want to address inflation in the parliament.”

Chadha said that the Central government is trying to suppress the voices of the Opposition. “When (former Prime Minister of India) Atal Bihari Vajpayee was the PM, the Opposition was treated with the same respect as the ruling government. The present-day BJP should take a leaf out of the book of PM Vajpayee’s BJP,” said Chadha.

The AAP MP also shared an image of the answer received from Union Minister Rameswar Teli.

Meanwhile, four Congress MPs have been suspended from the Lok Sabha for the entire monsoon session ending August 12 for holding protests with placards inside the house over price rise. Speaker Om Birla had earlier warned them to behave and hold the placards outside the house if they wanted to protest.

After the Speaker’s action, the four went near Mahatma Gandhi’s statue on the parliament grounds and raised slogans there. The Congress said the government is trying to intimidate its MPs by suspending some of them. “Our MPs were trying to raise issues which matter to people,” the Congress said.