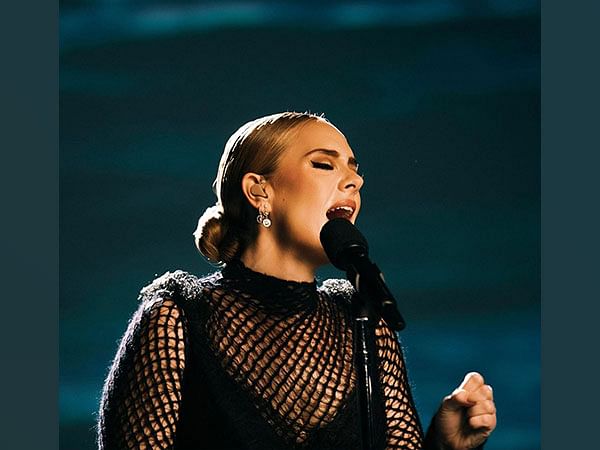 Washington [US]: British singer-songwriter Adele is soon going to treat her fans with a spectacular two-day concert. According to Deadline, the show British Summer Time (BST) will be held from July 1-2 in London’s Hyde Park, and will feature an all female line-up of artists, highlighted by Kacey Musgraves.

Sharing the concert details with her fans, the singer shared two posters on her Twitter handle.

Adele was seen with other guests in black-white poster. And the next poster has names like Mahalia, Self Esteem, Nilufer Yanya, Tiana Major9, Chrissi, Gabrielle, Bonnie Kemplay, Ruti and Tamzene who are also going to appear at the music festival.

Adele captioned the post, “The line up for my Hyde Park shows next week is going to blow your socks off!! An all female bill, from new artists that I’m obsessed with to the heavenly @KaceyMusgraves to one of my favorite artists of all time @GabrielleUk who I’ve loved since I was 4!!”

“It’s going to be incredible, there’s a whole host of us performing all day, I can’t wait to share the main stage with you ladies,” Adele added.

The shows are a shot at redemption for the British singer, who backed out of a long Las Vegas residency earlier this year, leaving many fans fuming after expending travel time and shelling out for lodging, as per Deadline.

BST is a music festival that is held every year over two weekends in London. The concert is presented by American Express.

The event began on June 24 with headliner Elton John, and is expected to end July 10 with Duran Duran.

In between, Eagles, Pearl Jam, and The Rolling Stones will be headlining different days of the festival, all of them hosting their own roster of guest stars.

Shah Rukh – Salman To Team Up For Biggest Action Film By Aditya Chopra?

US Agencies Identify ‘Person Of Interest’ In Illinois Mass Shooting

Pakistan’s Future Is Tied Up With Russia: Imran Khan

US: Suspect In July 4 Parade Mass Shooting Near Chicago Detained