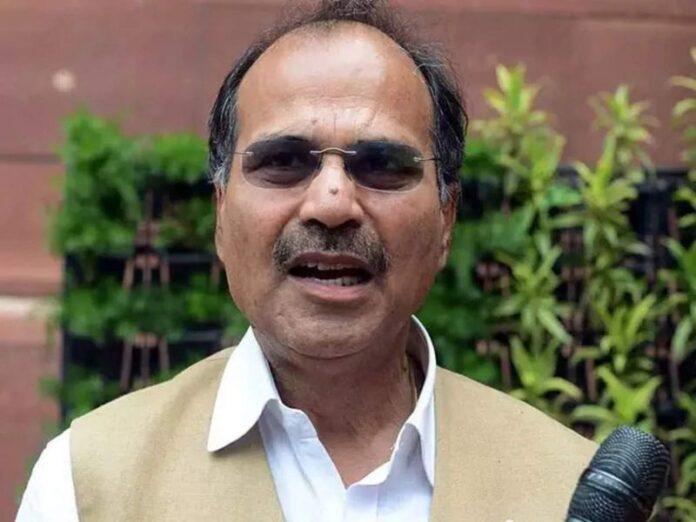 New Delhi [India]: Congress leader Adhir Ranjan Chowdhury hit out at the Bharatiya Janata Party (BJP) saying that the party wants to tarnish the image of the “Gandhi family” and the “Congress party”.

This comes after the Enforcement Directorate questioned Congress interim chief Sonia Gandhi in the National Herald case on Thursday.

The Congress leader said that the party has no issue with ED questioning Sonia Gandhi, the protest is against the intention of questioning.

Speaking on the matter, Adhir said, “We don’t have any issue with the questioning of Sonia Gandhi but we protest against the intention that’s behind her questioning. BJP wants to tarnish the image of the Gandhi family and Congress party that’s why they’re hatching such conspiracies. They (BJP) know Congress is the party of ideology.

“And BJP does not like the ideology of Congress that what they hatch the conspiracies and have one slogan that is Congress-free India,” he said.

The Congress leader said that the Congress party was in power for 54 years, will anybody believe that the party can commit a scam?

He further said, “On the same day when the BJP is proud of a tribal woman becoming India’s President, they meted out injustice to a woman, who sacrificed PM post, in the name of questioning.”

Meanwhile, Delhi Police said that it has detained 349 Congress functionaries including 56 MPs after the leaders protested in the capital over ED summons to the Congress interim chief Sonia Gandhi.

The protestors were appropriately warned about the prohibitory order in force in the area and were requested to disperse. However, the protestors did not pay heed to the requests of the police and continued their unlawful assembly.

Therefore, they were stopped and detained for violation of lawful directions.

Congress workers in Nagpur were also detained in the wake of the protest.

The protest by the Congress turned violent in Bengaluru as the Youth Congress workers allegedly set a car on fire, in front of ED office.

Chandigarh Police also used water cannons to disperse Congress workers and leaders as they protested over the questioning.

US Plans Air And Maritime Transits In Taiwan Strait