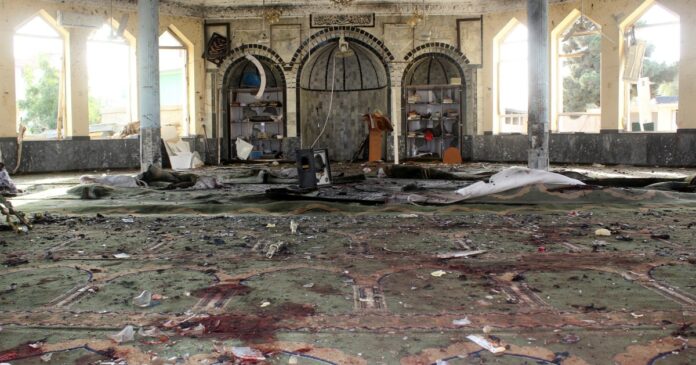 Kabul [Afghanistan]: At least eight people were killed and 18 others injured in Kabul on Friday during a Shia community mourning gathering following the holy month of Muharram, according to reports.

Khalid Zadran, a Taliban police spokesperson said that the explosion took place in the Sarkariz area of the capital city, Tolo News reported. Citing sources, Anadolu Agency reported that several people were gathered to commemorate the first 10 days of the Muslim holy month of Muharram.

According to Zadran, the explosive devices were placed in a cart.

ISIS has claimed the responsibility for the bomb attack in Kabul, according to reports.

he Shias community have been facing persecution in Afghanistan for many years. Earlier, the Taliban regime in Afghanistan prohibited dozens of Shia mosques from holding Eid prayers.

The reports of prohibition were reported from the major cities of Herat and Kabul with some Shia Muslims also forced to break their fast prior to the announcement of Eid by their mosques.

Notably, since the Taliban regime took control of Afghanistan, blasts and attacks have become a regular affair with unabated human rights violations involving ceaseless murder of civilians, destroying mosques and temples, assaulting women, and fuelling terror in the region.
Cricket Stadium during the Shpageeza cricket tournament and as per media reports.

Last month, a bomb exploded near Karte Parwan Gurudwara in Kabul, a month after the holy place was attacked by members of the Islamic State.

“Members of the Sikh and Hindu communities are reported to be safe. Further details are awaited,” said Puneet Singh Chandhok, President of the Indian World Forum.

Prior to that, at least two children were killed and 10 others injured after an explosion in Zabul province.