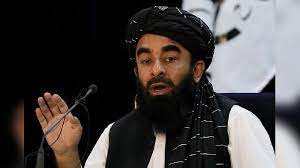 Kabul [Afghanistan]: The Taliban on Wednesday condemned the explosion that took place at a mosque in Afghanistan’s capital, Kabul, which left 20 people dead.

The spokesman of the Islamic Emirate, Zabihullah Mujahid, said in a tweet that the perpetrators of “crimes” will soon be arrested and punished, Tolo News reported.

Earlier, on Wednesday evening, an explosion took place in the Khair Khana area of Kabul during evening prayers where 20 people were killed and another 40 were injured.

The Taliban claim they have full control of Afghanistan but the Islamic State continues carrying out attacks on civilians and police across the country.