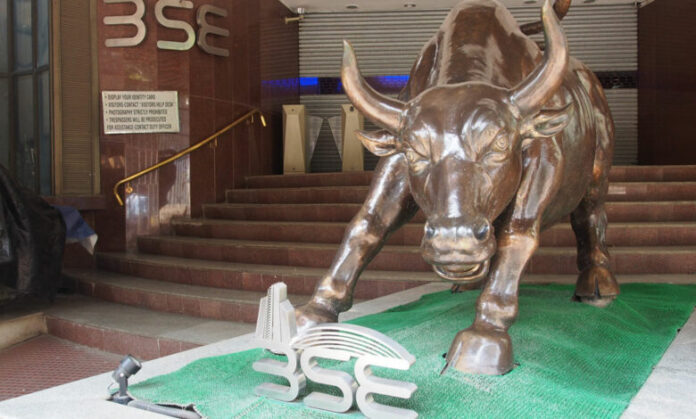 New Delhi [India]: The latest bull run in Indian stock markets seemed to have ended as they declined for the second consecutive session on Tuesday.

Prior to this two-day decline, the Indian stocks had witnessed six consecutive sessions of the rally.

Indian equity markets recorded their best weekly performance during the past week, supported by renewed buying, especially in banking and IT stocks as well as the return of foreign investments into the Indian markets after months.

The latest consistent rally in Indian stocks has made investors richer by over Rs 9 trillion in the week that ended on Friday.

The domestic equity market closed at its highest level in seven weeks, marking its best week since February 2021. Sensex and Nifty during the week rose around 3-4 per cent on a cumulative basis.

“The looming Federal Reserve rate decision on Wednesday provided another reason for caution. The central bank is expected to raise borrowing costs by 75 basis points to a range of 2.25 per cent to 2.50 per cent, but investors will be keen to hear about how the Fed sees the pace of future hikes,” said Deepak Jasani, Head of Retail Research, HDFC securities.

For fresh cues, the US Fed’s monetary policy meeting outcome to be released on Wednesday will be in focus among investors. The silver lining in the markets is that foreign investors have again turned net buyers in July after multiple months of fund outflows.

“The dark cloud on the global economic horizon is the threat of an imminent US recession impacting global economic growth. The jury is still out on whether the US slips into a recession or not. But a global growth slowdown appears inevitable,” said V K Vijayakumar, Chief Investment Strategist at Geojit Financial Services.