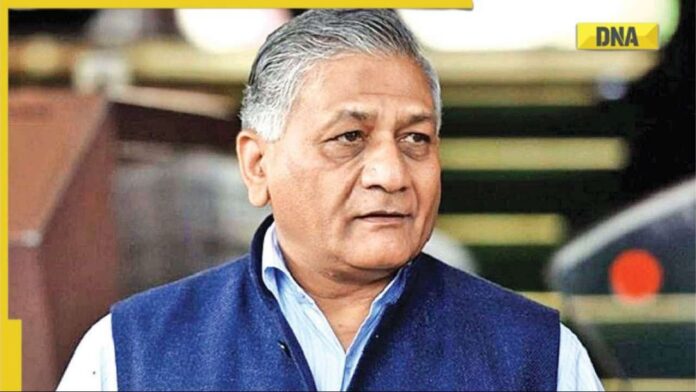 Nagpur (Maharashtra): Union Minister and former Army chief VK Singh on Sunday clarified his stance on the centre’s Agnipath scheme and slammed the agitators for the recent violence that occured post the announcement.

He said that it was an individual’s choice and the scheme calls on individuals voluntarily. “I believe that if one comes after serving in the army for 4 years then one is capable and doesn’t need any support. The army is not a mode of employment. It’s not a shop or company. Whoever goes into Army, goes there voluntarily,” said Singh.

“It’s a voluntary scheme. Those who want to come can come,” he added.

He also slammed the agitators for the violence and highlighted the age group eligibility of the scheme citing no compulsion has been done by the armed forces on anyone.

“Who is asking you to come?. You are burning buses and trains, has anyone told you that you will be taken to the army? There’s no compulsion” he added.

Agnipath allows patriotic and motivated youth to serve in the Armed Forces for a period of four years. The Agnipath Scheme has been designed to enable a youthful profile of the Armed Forces.

Meanwhile, the first batch of Agniveers will avail a further relaxation of 5 years beyond the upper age limit of 23, taking it to 28 years