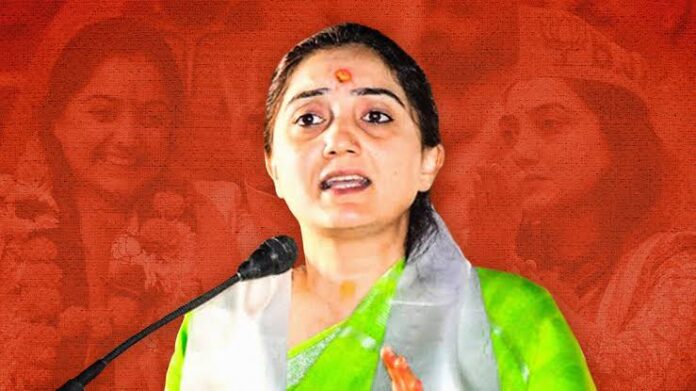 Ajmer (Rajasthan): Rajasthan Police have arrested a cleric of the Ajmer Dargah for allegedly making a provocative statement against the suspended BJP spokesperson Nupur Sharma.

Additional Superintendent of Police, Vikas Sangwan said, “Ajmer Police arrested Salman Chishti, Khadim of Ajmer Dargah on Tuesday night for allegedly giving a provocative statement against suspended BJP leader Nupur Sharma.” The arrested cleric, a history-sheeter had made the objectionable remarks that was captured on video, following which an FIR was registered against him on Monday.

“It was brought to my notice that Salman Chishti, Khadim of Ajmer Dargah shared an objectionable video and an FIR was filed. He was nabbed from his house and is being questioned. It seems he was in an inebriated state when the video was made. He is a history-sheeter,” the police officer Sangwan said.

Chishti is heard saying in the video that he would gift his house and property as a reward to anyone who brings him the head of Nupur Sharma who had made controversial remarks on Prophet Mohammad.

He could also be heard saying that the BJP leader has insulted the Khwaja and the Prophet and alleged that Muslims were being persecuted and killed across the country.

After the video went viral, the Additional Superintendent of Police Vikas Sangwan said that he has also received the video through a WhatsApp message.

He added, “the attitude of the police administration is very strict regarding this video and will take tough action against anyone making remarks that may trigger communal tensions. Salman Chishti seems inebriated in the video.

The police have also spoken to officials of the Dargah and Anjuman, who have urged people to stop the video from going viral.”

Sangwan said, “The accused Salman is a resident of the Chishti Dargah police station area. The police are looking for Salman, he will be soon caught and legal action will be taken against him.”

On June 28, Kanhaiya Lal a tailor in Udaipur was killed in a gruesome manner, shortly after he alleged that he had been receiving threats over his social media post in support of Nupur Sharma.

Two men who filmed a video of the killing and put out a video of it were arrested. The duo had also threatened to target Prime Minister Narendra Modi.

Last month, Noopur Sharma made objectionable remarks against Prophet Muhammad during a television news debate on the Gyanvapi issue.

Sharma’s controversial remarks had triggered protests in various states and had also drawn sharp reactions from other countries.