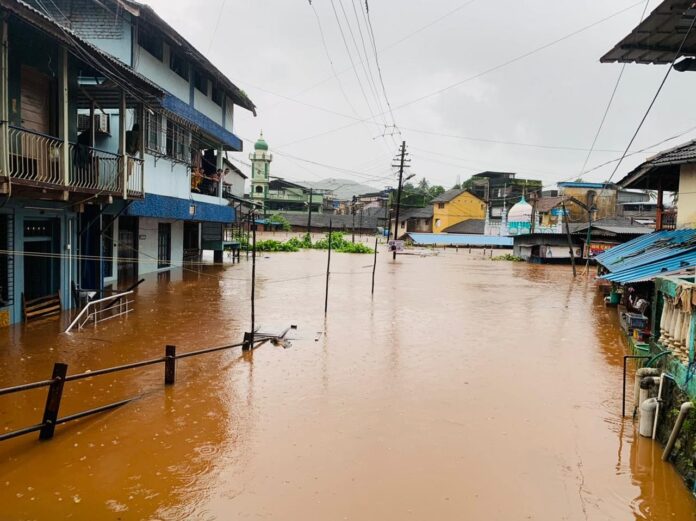 Shinde held a discussion with Chief Secretary Manukumar Srivastava along with directing all the related districts’ guardian secretaries to stay alert and control the situation. The Chief Minister himself is in touch with the district collectors of all the districts of the Konkan region to ensure that there is no loss of life and property due to heavy rains in the next few days.

Particularly in Raigad, Ratnagiri, Thane, Palghar, Sindhudurg and Kolhapur districts, the CM has directed citizens to inform about the rising water and flood situation due to rains and make arrangements at appropriate places for evacuation.

Shinde has directed officials to keep a close watch on the situation in Mumbai.
Due to heavy rains in the district, several rivers in the state have reached the warning level.

Apart from this, the Chief Minister directed the district collectors and the Water Resources Department to remain alert and take proper precautions as the water of the Jagbudi and Kajli rivers is flowing at the warning level.

Shinde also directed the officials to keep a close watch on the situation in Chiplun and to warn the citizens by giving repeated instructions.

The India Metrological Department has also issued an alert for heavy rains for the next five days in the state. The alert was issued for Mumbai, Thane, Palghar, Raigad, Ratnagiri, Sindhudurg, Pune, Beed, Latur, Jalna, Parbhani and several other areas in Maharashtra.

The IMD has predicted that isolated heavy to very heavy rainfall and thunderstorm/lightning is very likely over Gujarat, Konkan and Goa, Madhya Maharashtra, Coastal Andhra Pradesh and Yanam, Telangana, Coastal and South Interior Karnataka, Kerala and Mahe during the next five days.

“Isolated extremely heavy rainfall also likely over south Gujarat Region and ghat areas of Madhya Maharashtra on 08th and over Konkan and Goa on July 7 and 8,” it further said.