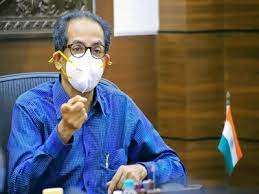 Mumbai (Maharashtra): In another jolt to the Uddhav Thackeray-led Shiv Sena faction, 32 corporators of Shiv Sena from Navi Mumbai extended their support to Maharashtra Chief Minister Eknath Shinde in Thane on Thursday.

Thanking Chief Minister, Suresh Kulkarni, a former Shiv Sena Corporator of Navi Mumbai, said, “Eknath Shinde has stood by us whenever we need it and his style of working is attracting him and everyone else.”

“We will be with him. He never declined anybody’s phone call. Even if an ordinary party worker calls him up, he receives the call. It feels good,” he said.

Last month, Eknath Shinde launched a rebellion against the party. The majority of MLAs sided with him, which led to the collapse of the MVA government led by Uddhav Thackeray.
Shinde formally took the charge of Chief Minister’s Office (CMO) on Thursday in the presence of Deputy Chief Minister Devendra Fadnavis.

Shinde on Monday won the floor test in the Maharashtra Legislative Assembly on the last day of the two-day special session of the House. In the 288-member House, 164 MLAs voted for the motion of confidence, while 99 voted against it.

Three legislators abstained from voting, while Congress’s Ashok Chavan and Vijay Wadettiwar were among those absent during the trust vote.

He was sworn in as the 20th chief minister of Maharashtra, while BJP stalwart Devendra Fadnavis took oath as the deputy CM.