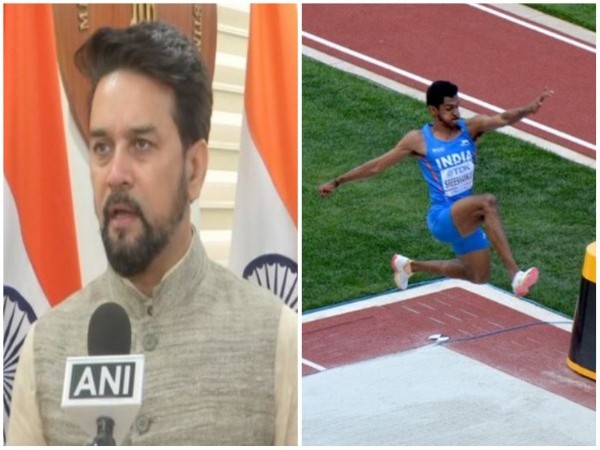 “Congratulations M Sreeshankar on winning at CWG2022. A medal in long jump won after 4 decades, it is indeed a historic day for sports in India. With this medal, you have strengthened India’s steady rise in the world of athletics. I look forward to many more wins from you,” tweeted the minister. India’s Murali Sreeshankar clinched the silver medal in the Men’s Long Jump final with a mark of 8.08m at the ongoing Commonwealth Games 2022 in Birmingham on Thursday.

Sreeshankar won the historic silver with a distance of 8.08m in the Men’s Long Jump, becoming the first Indian male athlete to win a Commonwealth Games medal in the long jump.

India’s Murali Sreeshankar started with a successful jump of 7.60 metres in his first attempt. He took a smooth jump as he jumped to the mark of 7.84m with complete ease on his second attempt. In his third attempt, he again took a jump of 7.84m.

India’s Muhammed Anees Yahiya committed a foul attempt, stepping 11cm over the whiteboard, on his first jump in the Men’s Long Jump final. In the second attempt, he jumped to the mark of 7.65m. In his third attempt, he took a jump of 7.72m.

In the second round, Anees registered his fourth attempt at the 7.74m mark. He took a jump of 7.58m in the fifth attempt. In the sixth and last jump, he registered a jump of 7.97m, his best of the event and ended it with a spot in the top five