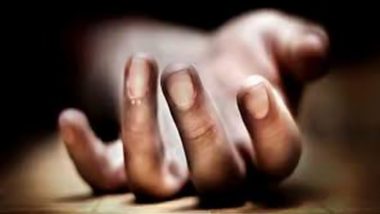 Patna (Bihar): An army jawan was shot dead by two bike-borne men during an attempt to rob him on Thursday near Chiraiyatand Bridge under Kankarbagh Police Station limits in Patna.

The jawan was identified as Bablu Kumar who was shot dead around 3 a.m. while he was en route to board the Rajdhani Express to Guwahati.

According to his father, Bablu was posted in Guwahati and had come for his son’s admission purpose.

He was en route to the station to board the Rajdhani Express to Guwahati in the early morning. He was sitting on the back of the rider on the bike.

Two people came on a bike and asked about the route to Patna station and shot him in the head.

An investigation by the local police is underway.