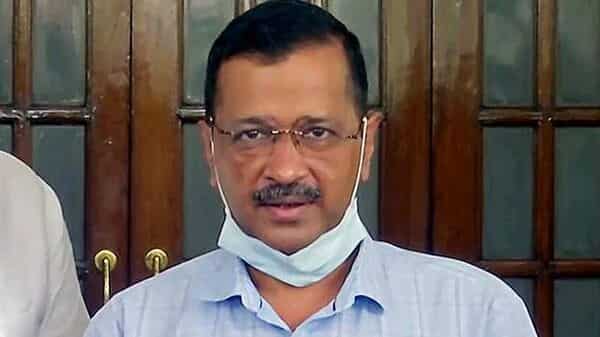 New Delhi [India]: Delhi Chief Minister Arvind Kejriwal’s chair remained empty at the Delhi government event at the Asola Wildlife Sanctuary on Sunday which he was scheduled to attend alongside Lieutenant governor VK Saxena hours after the Aam Aadmi Party (AAP) accused the BJP-led Centre of hijacking the programme.

Earlier in the day, Delhi Environment Minister Gopal Rai had alleged that the Centre had hijacked a Delhi government event at the Asola Wildlife Sanctuary by sending a team of Delhi Police to the event on Saturday. Addressing a press conference on Sunday in this regard, Rai said, “The ‘Van Mahotsav’ organized by the Kejriwal government was to conclude today in the presence of CM Shri Arvind Kejriwal and LG Sir, but it is very unfortunate that last night, on the instructions of the Prime Minister’s Office, the police ‘hijacked’ the government program and made it a political program.”

“What did PM Modi ji want to prove by putting his picture in the program of Delhi Government?,” he said.

“The government has planted about 2 crores 10 lakh saplings in Delhi since 2014. Today the green area of Delhi has increased from the standard 20 per cent to more than 23%. To meet the target of planting 35 lakh saplings this year, the campaign will continue with all the departments,” he added.

“We don’t want to fight but the government program was made political, so both Chief Minister and I did not go,” Gopal Rai said.

The ‘Van Mahotsav’ program has been going on in Delhi since July 11. At the event, one lakh trees are to be planted as a part of the programme. Sunday, July 24, is the last day of the event.

This comes days after Kejriwal skipped the weekly meeting called by the LG on Friday citing ill-health. However, the Aam Aadmi Party alleged that the LG had also skipped one of the meetings on July 8.

“Delhi Police forcefully took over the stage of Van Mohatsav before the programme. It is a Delhi government event, the CM and LG were to attend jointly. Posters showcasing Prime Minister Narendra Modi were put up and the government programme was turned into a political BJP programme. This is the reason Delhi CM and ministers decided not to attend the event,” said the AAP.