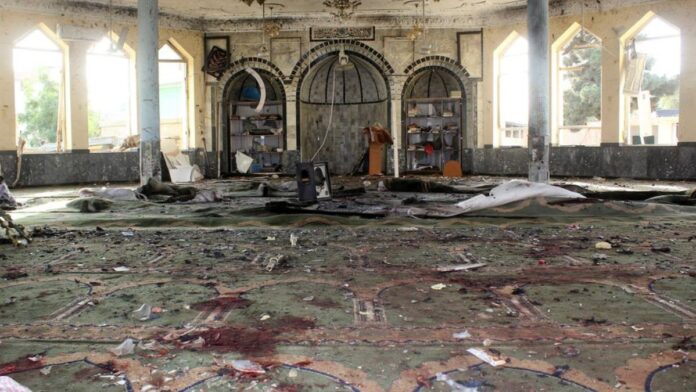 Kabul [Afghanistan]: An explosion at a mosque in the north of the Afghan capital of Kabul killed 20 people and injured 40 more, media reports said.

The blast reportedly took place in a mosque in the Khair Khana area during evening prayers. “As a result of an explosion in a mosque north of Kabul, 20 people were killed and another 40 were injured,” an Afghan security source told Qatari broadcaster Al Jazeera on Wednesday.

The Taliban claim they have full control of Afghanistan but the Islamic State continues carrying out attacks on civilians and police across the country.

The Taliban has not issued any statement on casualties, according to the Afghan news agency. No terrorist group has claimed responsibility for the blast so far.

Among the dead is a top Islamic cleric named Amir Mohammad Kabuli.

Two weeks ago, two deadly blasts in Kabul took the lives of 10 people, injuring 40 others.

The Islamic State claimed responsibility for both attacks.