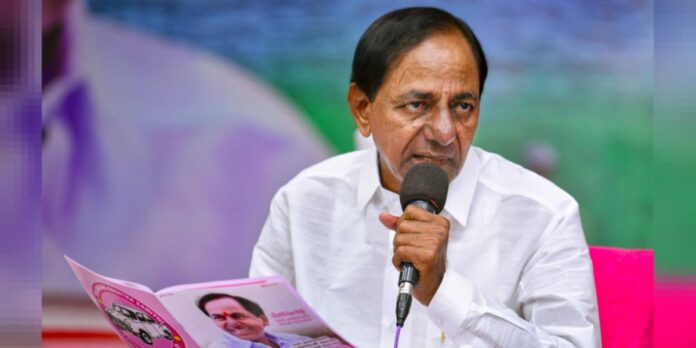 Hyderabad (Telangana): Bharatiya Janata Party president JP Nadda on Sunday lambasted the KCR-led Telangana government and said that the southern state was in a loss of Rs 4.5 lakh crore.

“People are perturbed by the corruption and injustice of the KCR government. The state is in loss of Rs 4.5 lakh crore under him. People gave us a good response in recent elections held at different levels in the state,” said Nadda on the second day of the BJP national executive meeting in Hyderabad. He also stressed that the people of Telangana were fed up with the state government’s malpractices.

“I was in charge of elections here in the assembly elections, I have seen the atmosphere of that time and the environment after that. The way people are fed up with the government of KCR and the malpractices of his government and the way they are trying to crush the opposition parties,” he added.

Speaking on the final day of the BJP’s National Executive Meeting in Hyderabad which began on Saturday, Shah said BJP supported the demand for Telangana and accused the Congress of dividing Andhra Pradesh in a way that caused “everlasting enmity” between two states.

“KCR doesn’t care about your source of livelihood. He has no concern for the unemployed youth. He just wants to make his son the CM. KCR, the next turn is neither yours nor for your son. The next turn is meant for the BJP,” he said.

“Since the onset of agitations for Telangana’s formation, BJP supported the state’s demands. Congress, instead, stood in the way of its formation for years. When they sensed PM Modi’s rise in 2014, they divided Andhra Pradesh in a way that caused everlasting enmity between the two states. This enmity, which was ignited by Congress, was further strengthened when KCR got power in the state,” the Home Minister said.

Shah said that the BJP will fulfill all promises that the TRS did not keep while asking for a chance for the party to run the state.

Why No Sikh Judges In Latest List Of Punjab & Haryana HC?: Sukhbir Badal