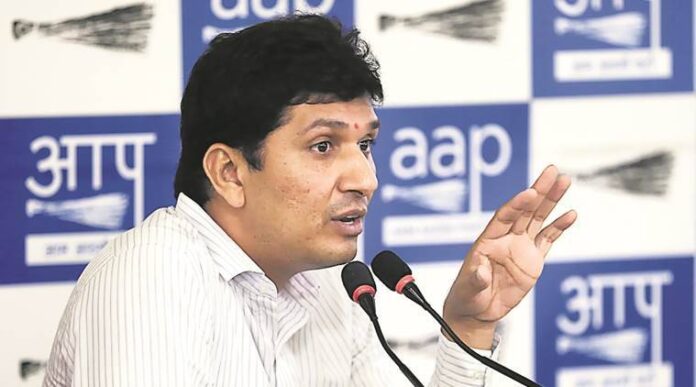 Delhi BJP leaders and workers protested against the new liquor policy of the AAP government in Delhi outside the residence of Manish Sisodia on Saturday. Following the incident, the protesters were detained by the police. “This issue is not regarding Delhi CM and LG but of Arvind Kejriwal and Prime Minister Narendra Modi. Ever since Arvind Kejriwal has come up in the form of PM Modi’s biggest challenge and AAP has formed its govt in two states, BJP govt is threatened and BJP has asked all the agencies to persecute AAP ministers”, Bhardwaj told ANI.

Bhardwaj further said that former LG Anil Baijal had notified and signed the policy and if BJP is saying that the former LG was involved in the issue, then they should hold a proper investigation. There is no point in torturing other political leaders.