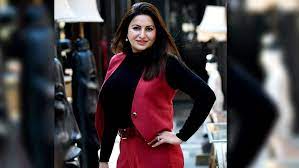 Sonali Phogat, who hailed from Haryana, contested the last assembly election from Haryana from the Adampur constituency on a BJP ticket against Kuldeep Bishnoi. She also appeared in the reality show ‘Bigg Boss’ in 2020.

Hours before her sudden demise, Sonali Phogat had posted some pictures and videos of herself on Instagram. In the images, she was seen flaunting her pink dupatta.

In 2016, Sonali Phogat made her acting debut with the TV show ‘Amma: Ek Maa Jo Laakhon Ke Liye Bani Amma’. She was also a part of the web series, ‘The Story Of Badmashgarh’ in 2019.

She had rose to fame with her videos on TikTok that had a huge following.

In the year 2020 she made headlines for thrashing a Market Committee Official in Hisar.
Several videos of the incident circulated on social media in which Sonali Phogat was seen slapping the individual identified as Sultan Singh.

The late BJP leader then removed her footwear and began hitting the man with it.
More details regarding Sonali Phogat’s death are awaited.