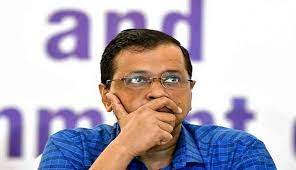 New Delhi [India]: Delhi Chief Minister Arvind Kejriwal came under heavy attack from BJP leaders on Thursday over his allegations against the Centre and they said he has given a perverse twist to debate on freebies and his politics is all about ‘revdi culture’.

BJP leader Amit Malviya said that successive governments have been caring for the poor and Kejriwal cannot claim the credit for measures taken by a welfare government.

“In what seems like an inadvertent slip, Kejriwal admits that various Govts, for the last 70-75 years, have been providing free education, food and healthcare to the poor. That is a welfare state. Arvind Kejriwal can’t claim the credit. His politics however is all about ‘revdi culture’,” he said.

“Kejriwal has perfected a model which is about freebies for the certain media and allied ecosystem. Unbridled spends on only ads and ads and nothing else. This is what allows @ArvindKejriwal to blatantly lie in full public glare knowing media won’t expose him,” Singh said.

Finance Minister Nirmala Sitharaman had said that Kejriwal is giving a perverse twist to freebies on Health and Education. “This is to scare the public. We want a debate and discussion on freebies,” she said.

The BJP had earlier hit out at the Aam Aadmi Party (AAP) claiming that the culture of ‘revdis’ being promoted by the outfit was more focused on advertising but weak on governance.

“I am here to expose the free education model of Arvind Kejriwal. Kejriwal’s mantra is Vigyapan par zor, Vyavastha me kamjor (Focus on advertisements, weak on governance). Kejriwal’s ‘revdi’ model means that of the 500 schools and 20 colleges promised, none have been delivered. This is the ‘revdi’ culture we caution against,” said BJP spokesperson Shehzad Poonawalla addressing a press conference.

“The free services provided to the people come from taxpayer’s money. People reciprocate for the facilities given. The schemes are run on money provided by the taxpayer. The use of words like ‘free revdi’ is a mockery of people, of the poor, of the facilities given to people,” he said in a video posted by AAP on its Twitter handle.

Poonawalla also said there is a between welfare policy and revdi politics. Welfare policies empower a targeted section who have been deprived of necessities.

These add to the productivity of the population. “Whereas, revdi culture is a lollipop dished out for political gains and makes no transformation to people’s lives. They misuse the taxpayer’s money,” he added.

The BJP and AAP had engaged in a war of words on the freebie culture. While the BJP has emphasised that such politics is not in the people’s interest, AAP has claimed that its politics was in favour of the poor.