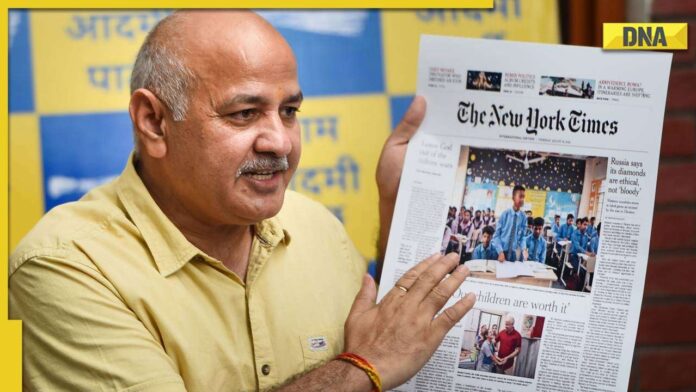 New Delhi [India]: Delhi Deputy Chief Minister Manish Sisodia on Monday alleged that he has received an offer by the Bharatiya Janata Party to split the Aam Aadmi Party (AAP) in what he claims was a quid pro quo as the CBI initiated a probe into the Delhi’s now withdrawn excise policy.

In a tweet today Sisodia wrote in Hindi he has received an offer by the BJP to join them by splitting the AAP in return for getting the cases of CBI and ED against him closed. “My reply to the BJP is – I am a descendant of Maharana Pratap, a Rajput. I will cut off my head but will not bow down to the corrupt and those who conspire. All the cases against me are false. Do what you want to do,” Sisodia tweeted.

Last week, CBI conducted searches on Sisodia’s official residence and carried out raids at several places in connection with the alleged corruption in the implementation of Delhi’s Excise Policy.

The AAP has said the allegations of corruption are politically motivated.

In a tweet in Hindi today, Kejriwal said: “Rupee is falling, people are troubled by inflation, unemployment is at a high and these people are playing ‘CBI-ED’, and are busy toppling governments chosen by people and exchanging abuses and barbs the entire day,” he said.
“Who do people talk to about their issues and whom should they go to? How will the nation progress like this?” the Delhi chief minister tweeted.