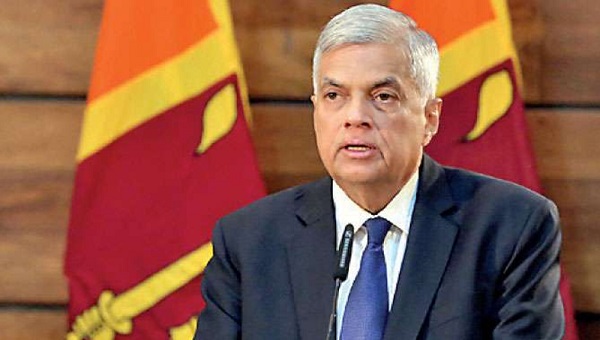 “Acting President Ranil Wickremesinghe says armed forces and police instructed to bring the current situation under control,” tweeted Daily Mirror. As protests intensified in the Sri Lankan capital city of Colombo, protestors who had gathered outside Sri Lanka PM’s office have taken over his residence at Flower Road in Colombo.

Security personnel today resorted to tear-gas shelling to drive away protestors on the streets of Colombo.

These reports come as the embattled President Gotabaya Rajapaksa, escaped to the Maldives. appointed Prime Minister Ranil Wickremesinghe as the interim President of Sri Lanka.

Wickremesinghe today declared an emergency and imposed a curfew in the western province of the country as protesters came prepared to face tear gas shelling by security forces deployed outside Wickremesinghe’s residence. Air patrolling also began around the PM’s residence.

“In the absence of any of these, the PM cannot exercise the powers of President, and cannot declare curfew or a state of emergency,” he said in another tweet.

The crisis-hit island country’s Parliament Speaker Mahinda Yapa Abeywardena said that he is yet to receive a letter of resignation from Gotabaya. “We haven’t received President Gotabaya’s resignation yet, but we hope to get one in a day,” Abeywardena said.

73-year-old Gotabaya Rajapaksa had gone into hiding after crowds of protestors stormed his residence on July 9 and he had announced that he will resign on July 13.

The country is facing a severe shortage of fuel and other essential supplies and is in the throes of its worst economic crisis with soaring inflation.