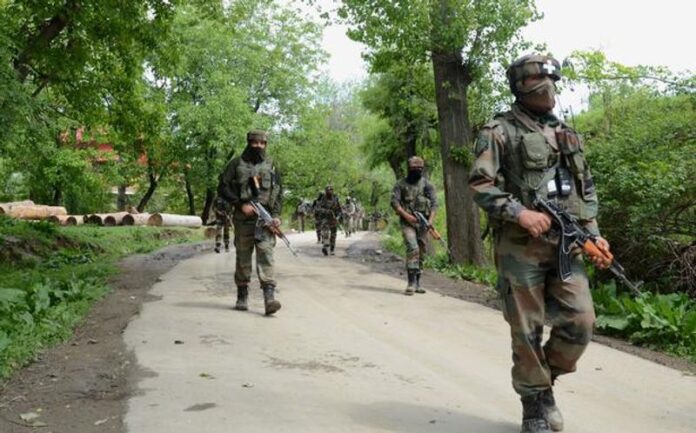 Jammu (Jammu and Kashmir): The Border Security Force troops fired at an unidentified flying object in the Kanacahk sector at the International Border in Jammu, officials said on Tuesday.

According to the BSF the object was flying with a blinking light at 9.31 PM as it tried to cross the International Border (IB).

“Yesterday night on 1 Aug alert BSF troops fired on unidentified flying object with blinking light at 2135 hrs in Kanachak area as it tried to cross International Border. Blinking light was not observed by troops thereafter. Hectic search of area is in progress along with police and other agencies. Nothing recovered so far,” the BSF said in a statement.

A search of the area is underway.

There has been many instances of drones being spotted on the international border with Pakistan.

Previously, on the intervening night of July 26 and 27, BSF troops had spotted the movement of a drone along the international border in Rajasthan as it was found to be moving near the Gharsana sector of Sri Ganganagar district.

In another incident on July 22, the BSF troops had fired at a drone coming from the Pakistani side near the international border in Jammu.

According to BSF, the troops on Friday night noticed a blinking light coming from the Pakistani side in the Kanachak area. The troops went alert and fired at the unmanned aerial vehicle (UAV).

“On July 22, 2022, at about 21:40 hours, BSF troops observed a blinking light coming from Pakistan’s side in the Kanachak area. Alert BSF troops fired on it,” said BSF.

Following the incident, BSF launched a search operation in the area.

“Tehreek-e-Labbaik, a Pakistani organisation has made plans to kill Nupur Sharma. Rizwan who is a Pakistani terrorist was also influenced by Tehreek-e-Labbaik. As per their plan, he wanted to enter India from across the border,” said S Sengathir, Additional Director General of Police (Intelligence), Rajasthan.

“Many agencies including Intelligence Bureau, CID, Border Security Force, Indian Army and local police are now interrogating Rizwan. This is the same organisation that worked to surround the Imran Khan government in Pakistan last year and killed many people in Pakistan,” the official had said.