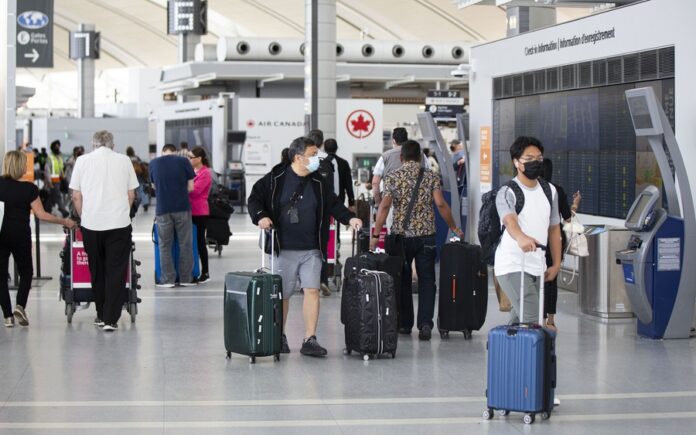 Ottawa [Canada]: Canada will resume COVID-19 mandatory random testing for travellers who qualify as fully vaccinated, arriving in the country by air to four major airports: Vancouver, Calgary, Montreal and Toronto, as of July 19, the Public Health Agency of Canada (PHAC) announced Thursday.

According to the PHAC, all testing for air travellers, for both those who qualify as fully and partially vaccinated or unvaccinated, will be completed outside of airports, either via an in-person appointment at select testing provider locations and pharmacies, or a virtual appointment for a self-swab test. Travellers who do not qualify as fully vaccinated, unless exempt, continue to test on Day 1 and Day 8 of their mandatory 14-day quarantine.

If the arrival test result is positive, a 10-day isolation is required, the PHAC said.

Moving testing outside of airports will support testing for travellers arriving by air while still being able to monitor and quickly respond to new variants of concern, or changes to the epidemiological situation, the PHAC said, adding that mandatory random testing continues at land border points of entry, with no changes.

Canada paused mandatory random testing for those entering Canada by air on June 11, as part of a broader strategy to transition testing for air travellers outside of the airports.