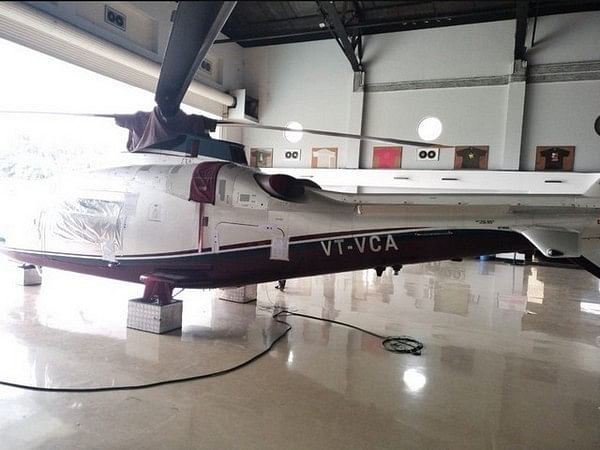 New Delhi [India]: The Central Bureau of Investigation (CBI) on Saturday seized a helicopter during a search conducted at the premises of builder Avinash Bhosale in Pune in an alleged scam involving Dewan Housing Finance Ltd (DHFL).

A senior CBI official confirmed that multiple searches were conducted in the case. They have seized AgustaWestland make helicopter parked at the premises belonging to builder Avinash Bhosale in Pune.

Bhosale was allegedly involved in a scam involving Dewan Housing Finance Ltd (DHFL) that causes a loss of Rs 34,615 crore to a consortium of 17 banks led by Union Bank of India.
On July 25, CBI filed a supplementary charge sheet against businessmen Avinash Bhosale and Satyan Tandon in the case.

Bhosale was the promoter of Avinash Bhosale Infrastructure Ltd. (ABIL).

It was alleged that he had received Rs 292.50 crore from Radius Group Concerns of Sanjay Chhabariaa, who has also been arrested in the case, and an amount of about Rs 69 crore received from DHFL in the garb of consultancy services provided for three projects, without performing any service.

Bhosale was allegedly involved in the diversion of funds to the Radius Group.

CBI informed that searches were conducted in an ongoing investigation of a case related to the alleged loss of Rs. 34,615 Crore (approx.) to a consortium of 17 Banks led by Union Bank of India.