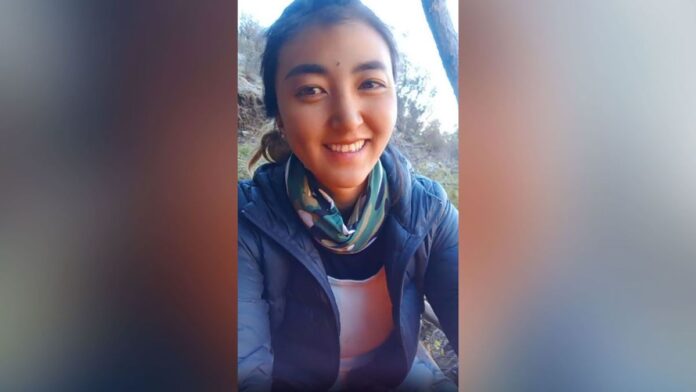 Beijing [China]: A case that prompted horror and outrage across China comes to an end after Beijing executed a man on Saturday who killed his ex-wife by setting her on fire during a live stream.

Tang Lu was executed by a court in the southwestern Sichuan province, according to Global Times, citing the Intermediate People’s Court of the Aba Tibetan and Qiang Autonomous Prefecture. Tang’s ex-wife, Lhamo, was a farmer and live streamer in the Tibetan autonomous prefecture. State media reported that Tang had a history of physical abuse toward Lhamo, and the couple divorced in June 2020.

He repeatedly sought her out and asked to remarry in the following months, but was turned away, reported CNN.

Then, in September 2020, Lhamo was live streaming a video of herself when Tang appeared behind her, poured gasoline over her and set her on fire. She died two weeks later. Tang was arrested soon after the attack, and sentenced to death in October 2021.

The case was widely covered in national and international media, raising discussion about the abuse and mistreatment of women in China — and how the country’s legal system often fails to protect victims while easily pardoning perpetrators, reported CNN.

Recently in June, social media exploded with comments from users decrying the brutal beating of women in China after graphic footage of an attack in a restaurant went viral.
The incident took place in the city of Tangshan on Friday when a Chinese man approached a table of three women. He put his hand on the back of one, who shook him off. In response, he slapped her — then, with several other men, savagely beat her and the other women, hitting them with chairs, kicking them and dragging them outdoors.

It left two women hospitalized. Women flooded social media with their outrage and terror at the threat of sexual violence that looms over everyday life.

China enacted its first nationwide law prohibiting domestic violence in 2015, a ground-breaking piece of legislation that defined the offence for the first time, and covers both psychological abuses as well as physical violence.

However, critics say there are still gaps in the law — it does not cover same-sex couples and makes no mention of sexual violence, reported CNN.

The debate on violence against women and gender inequality in China has continued since Lhamo’s death.

In January, Chinese social media similarly erupted after a woman was found chained in a shack in eastern Jiangsu Province, and the authorities later acknowledged she was the victim of human trafficking. But officials also detained or censored some who pressed for more information.

Last year, the tennis player Peng Shuai disappeared from public view after accusing a high-ranking former Chinese leader of coercing her into sex.