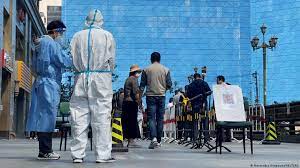 Beijing [China]: Grappling with the worst economic slump in decades as the government’s “zero COVID” policy has shut down cities and kept would-be customers at home, China’s business community raised concern over the strict lockdowns enforced by its government.

Zhou Hang, 49, is known as a maverick in Chinese business circles said that China used to be the best market in the world: big, vibrant, full of ambitious entrepreneurs and hungry workers, he said, but the senseless and destructive zero COVID policy and the business crackdowns have forced many of them to think twice, reported The Sydney Morning Herald (SMH). He said that he understood the fear and the pressure they faced. “Honestly speaking, I’m scared, too.” But he would probably regret it more if he did nothing. “Our country can’t go on like this,” he said. “We can’t allow it to deteriorate like this.”

The lockdowns and restrictions have done so much damage to the economy that Premier Li Keqiang summoned about 100,000 cadres to an emergency meeting in late May. He called the situation “severe” and “urgent,” citing sharp drops in employment, industrial production, electricity consumption and freight traffic.

Zhou is rare in China’s business community for being openly critical of the government’s zero COVID policy. He’s saying what many others are whispering in private but fear to say in public.

“The questions we should ask ourselves are,” he wrote in an article that was censored within an hour of posting but shared widely in other formats. “What caused such widespread negative sentiment across the society? Who should be responsible for this? And how can we change it?” he asked.

He said that the lockdowns in Shanghai and other cities made it clear that wealth and social status mean little to a government determined to pursue its zero COVID policy, reported SMH.
“We’re all nobodies who could be sent to the quarantine camps and our homes could be broken into,” he wrote. “If we still choose to adapt to and put up with this, all of us will face the same destiny: trapped.”

The Chinese Communist Party has always been wary of the influence of the business class, even as it tried to co-opt its members to help strengthen the country’s economy.

Under China’s current top leader, Xi Jinping, the party’s attitudes toward the private sector took a more hostile turn and made the entrepreneur class the boogeyman for social ills.
Jack Ma, founder of the e-commerce behemoth Alibaba, largely disappeared from the public view after he criticised banking regulators in late 2019.

Ren Zhiqiang, a retired real estate developer, was sentenced to 18 years in prison on charges of committing graft, taking bribes, misusing public funds and abusing his power.
Many business leaders believe that it will be hard to reverse the damage if the government doesn’t stop the zero COVID policy. Yet they feel that there’s nothing they can do to make Beijing change course, reported SMH