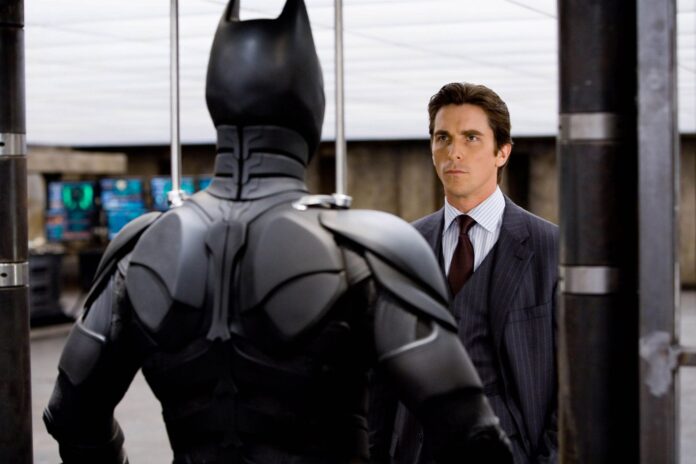 Washington [US]: Christian Bale has said that he is willing to be cast as Bruce Wayne aka Batman for a fourth time on the big screen, but on the condition that Christopher Nolan is the movie’s director.

The Oscar-winning actor recently told ScreenRant that he’d put on the ‘Dark Knight’s cape’ once more as long as Nolan was back in the director’s chair. Nolan directed Bale in three Batman movies, with ‘The Dark Knight’ and ‘The Dark Knight Rises’ both grossing over USD 1 billion at the worldwide box office, as per Variety. “No. No one’s ever mentioned it to me. No one’s brought it up. Occasionally people say to me, ‘Oh, I hear you were approached and offered all this.” And I’m like, ‘That’s news to me. No one’s ever said that’,” Bale said when asked about reprising Batman.

“I had a pact with Chris Nolan. We said, ‘Hey, look. Let’s make three films, if we’re lucky enough to get to do that. And then let’s walk away. Let’s not linger too long.’ In my mind, it would be something if Chris Nolan ever said to himself, ‘You know what, I’ve got another story to tell.’ And if he wished to tell that story with me, I’d be in,” Bale added.

Together, Nolan and Bale redefined the comic book movie with their grounded approach to the genre in ‘Batman Begins.’ With the 2008 sequel ‘The Dark Knight,’ the duo delivered what many still regard as the greatest superhero movie ever made. Since Bale finished playing Batman, both Ben Affleck and Robert Pattinson have taken on the role. The latter earned acclaim earlier this year for ‘The Batman,’ which grossed USD 770 million worldwide (far more than the USD 373 million of Bale’s launcher ‘Batman Begins’), as per Variety.

“I still haven’t seen it. I will see it. Listen, mate, it’s amazing how few films I see. Every director I work with, I’ve seen a couple of their films and they’re always looking at me going, ‘Are you kidding?’ I like to really savour films and I don’t watch too many. But I will, I certainly will,” Bale recently told Variety about ‘The Batman.’

“Robert is an absolutely wonderful actor. We bumped into each other, talked a little bit about it ahead of time, and I heard wonderful things,” added Bale.

Christian Bale is returning to comic book movies for his negative role as ‘Gorr the God Butcher’ in ‘Thor: Love and Thunder,’ opening nationwide on July 8.