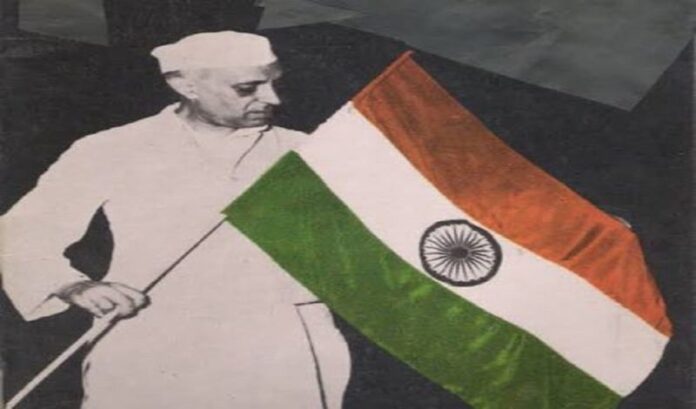 New Delhi [India]: As the centre launched its ‘Har Ghar Tiranga’ campaign under the Azadi ka Amrit Mahotsav, various leaders from the Congress party took a jibe at the central government over the campaign by adding former Prime Minister Jawaharlal Nehru’s picture to their Twitter display picture and said that it was good that the government was recognising the tricolour.

The party’s media in-charge and Congress leader Jairam Ramesh started the trend. Attacking the Rashtriya Swayamsevak Sangh which uses a different flag, Ramesh said, “Sangh people are now adopting the tricolour. We are putting the DP of our leader Nehru with the tricolour in our hand. But the message of the Prime Minister did not reach his family.”

Another senior Congress leader Pramod Tiwari, who changed his DP, took a jibe at the BJP and said, “Where were their ancestors in the freedom struggle? It is good that now they are adopting the tricolour.”

Earlier on Wednesday, Prime Minister Narendra Modi said that it pains our hearts if some political comments are made at the celebrations related to the Azadi ka Amrit Mahotsav and the celebrations that are organised across the country around the 75th Independence Day.

“We will also call upon Congress and other political parties and leaders to leave politics and put their efforts so that the country can move forward in a positive way.”

“The ‘Har Ghar Tiranga’ campaign is not a political programme. It is a government programme. That’s why today when the Tiranga bike rally took place in Delhi, this call was made by the Minister of State, a ministry of the Government of India. It was given that let’s do tricolour bike rally together in Delhi and its flag-off was done by at the hands of Vice President and Chairman of Rajya Sabha Venkaiah Naidu Ji because it is a politically neutral programme,” he said.

“Politics is happening on this as well. A lot of statements are coming on this. BJP would like to request parties without naming them only with folded hands. Tricolour belongs to everyone and if all MPs participate in it, this animosity will end,” he said.