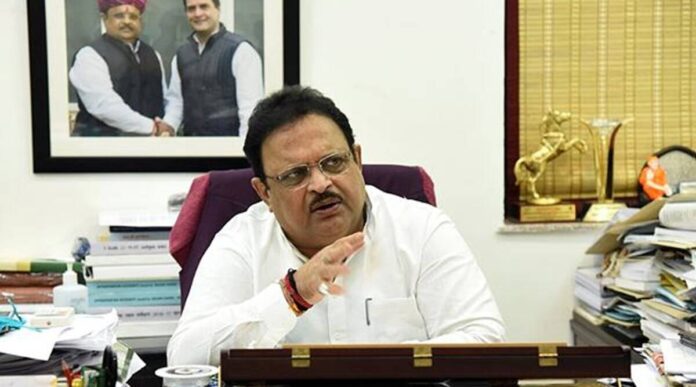 New Delhi [India]: Congress has decided to fight the Gujarat assembly elections later this year under collective leadership, a party leader said on Monday after a meeting of the party’s task force for the polls.

“We will go with collective leadership in the elections and high command will decide the Chief Minister after the results. This is our procedure after every poll,” Gujarat Congress incharge Raghu Sharma said. Gujarat elections are likely to be held by the end of this year.

Congress will also compare the tenure of two parties in the state under the theme ’27 years of Congress’ vs ’27 years of BJP’ besides highlighting local issues.

“Detailed discussion with the task force on issues and strategy took place today. Political issues related to Gujarat were discussed. They (BJP) claim themselves to be a double engine government but our focus is on 27 years of BJP rule in comparison with our governance of 27 years. We created the infrastructure for the poor, middle class and other sections and the Congress will fight for the rights of the tribal, youth and poor. In these years, no jobs were provided,” Sharma said.

He said Aam Aadmi Party will not have an impact on the elections.

Delhi Chief Minister and national convener of AAP Arvind Kejriwal on Sunday asked his workers and party cadres in Gujarat to ensure that people do not “waste” their votes on the Congress in the upcoming Assembly polls.

“Punjab rejected AAP as they lost Bhagwant Mann’s seat within months of coming to power. They have lost the confidence of the people of Punjab in four months so what can you expect them to give to the people of Gujarat,” Sharma said.

Gujarat Congress chief Jagdish Thakor said they gave a presentation on how the party can “secure 125 plus seats in the upcoming polls and also discussed how can we gain those seats which we have lost by a narrow margin.”
The meeting lasted for about four hours.