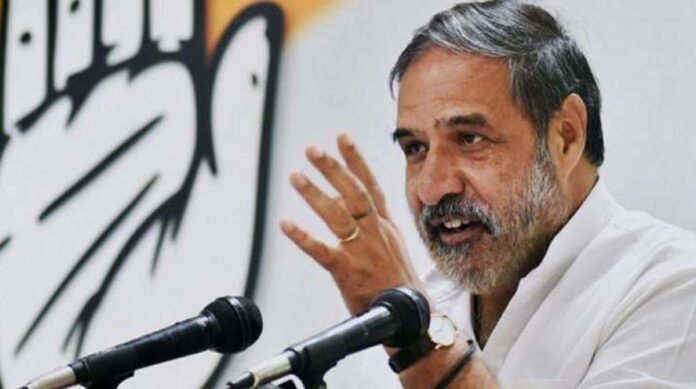 New Delhi [India]: Congress Rajya Sabha MP Anand Sharma on Thursday said that he has every right to meet Bharatiya Janata Party (BJP) chief JP Nadda and both of them share the same alma mater.

“If I have to meet BJP chief JP Nadda, I have every right to meet him, for me, he is just not the BJP president. We both come from the same state and share the same alma mater. There should not be any political significance attached to it,” he added.

There were reports of Sharma meeting Nadda today. However, the Congress leader refuted the reports.

Notably, Sharma is a member of Congress’ G23 group.

The ‘G23’ leaders including Shashi Tharoor, Ghulam Nabi Azad, Mani Shankar Aiyar, Manish Tiwari and others have been vocal for organisational changes in the Congress party.

Notably, former union minister and one of the key members of the ‘G23’ group Kapil Sibal in May this year announced that he left the Congress party.