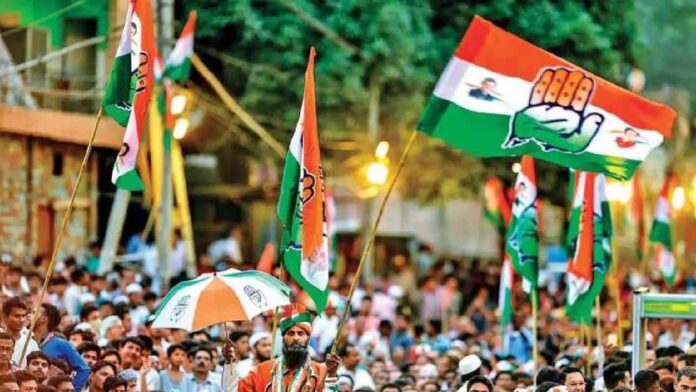 New Delhi [India]: The Congress has postponed its ‘Halla Bol’ rally in the national capital against the Centre over price rise, GST on essential commodities and unemployment to September 4 due to a rise in Covid-19 cases.

“Due to the prevailing Covid-19 situation, the Congress party’s Mehangai Par Halla Bol Rally at Ramlila Maidan in New Delhi, is being rescheduled from Aug 28th to Sept 4th. The rally will send a powerful message to the insensitive Modi sarkar,” Congress General Secretary (Communications) Jairam Ramesh tweeted.

Congress will hold ‘Halla Bol’ rally over inflation at Ramlila Maidan in Delhi on September 4. Rahul Gandhi will address this rally.

“3500 km long ‘Bharat Jodo Yatra’ will commence from Kanniyakumari on Sept 7,” he added.

Earlier, Congress had called a meeting of all its general secretaries and state in-charges on August 16 for the preparation of a mega rally to be held in Delhi and ‘mehngai chaupals’ across the country as part of its protests against price rise, GST on essential commodities and unemployment, said sources.

Congress has stepped up its attack on the central government and had decided to organise ‘chaupals’ (meetings) across the country to protest issues like inflation and unemployment.

India’s wholesale inflation declined substantially during the month of July to 13.93 per cent, but continues to remain in double digits, official data released on Tuesday showed.

The Wholesale Price Index (WPI) based inflation has been in the double-digit for 16 months in a row now.

The inflation in July was primarily contributed by rising in prices of mineral oils, food articles, crude petroleum and natural gas, basic metals, electricity, and chemicals, among others, an official statement said.