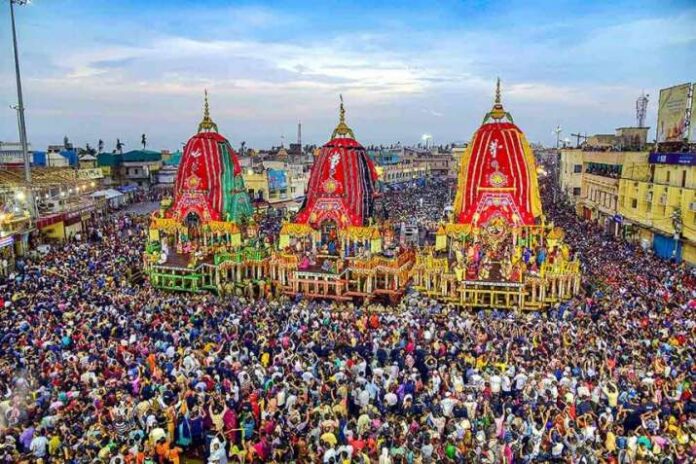 Puri (Odisha) [India]: The construction work for three gigantic chariots of the Holy Trinity – Lord Balabhadra, Lord Jagannath and Goddess Subhadra – for the annual car festival in Puri is underway at the Puri Jagannath Temple.

He said that the chariot construction work is in full progress and around 80 per cent is already done.

“The chariot construction work is in full progress, 80-85% of the work is already done. Technical committee members have inspected the thee chariots and suggested required certifications,” Jena added.

The Ratha Yatra, also known as the Chariot Celebration of Lord Jagannath, Devi Subhadra, and Lord Balabhadra, is the most prominent Hindu festival in the Puri city of Odisha.

This festival takes place every year on the second day of the Shukla Paksha in the months of June or July.

The three chariots are built a new, every year ahead of the annual chariot festival.

Vibrant colours, enthusiastic faces, crowded shops, and cheery craftspeople are just a few of the highlights of Rath Yatra in Puri, the popular Chariot celebration held on a big scale every year outside Jagannatha Temple.