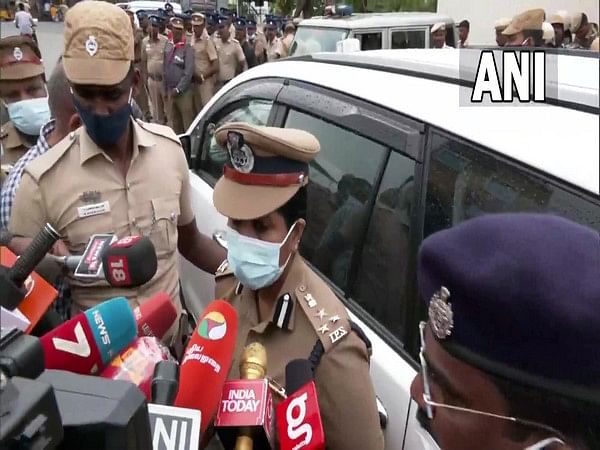 Tiruvallur (Tamil Nadu): The crime branch-CID team that has begun investigations into the death of a class 12 student is awaiting the findings of the post-mortem even as it examines the various other aspects related to the case.

The autopsy was underway and its proceedings were being recorded.

Officials of the CB-CID unit of the police and the deceased girl’s mother and brother were present outside the venue as were local political leaders.

The class 12 student was found dead inside the hostel of a private school in Kilacheri village of Tiruvalli district. The death sparked angry protests by family members and villagers who suspected foul play.

Initially, the police had believed it to be a case of suicide by hanging.

However, as protests raged on, an FIR was registered and the case was transferred to the crime branch- CID unit.

“There is no problem. We’ve provided sufficient security arrangements within the district, in the village and the hospital. There are no issues. Post-mortem is being conducted. It will be completed and the body will be taken to their native village”, said M Sathya Priya, DIG, Kancheepuram range.

The girl’s family had yesterday refused to accept her body but there is no issue now, said the police official. She also said that the CB-CID has started an investigation into the case.

Earlier, the Madras High Court while hearing the Kallakurichi girl’s death case, had ordered that any death inside an educational institution must be investigated by the CB-CID.

This is the second time this month that a student has allegedly committed suicide.

Earlier, on July 13, a 16-year-old girl reportedly died the hostel premises of a private school in Kallakurichi in Salem district after she was allegedly harassed by two teachers.