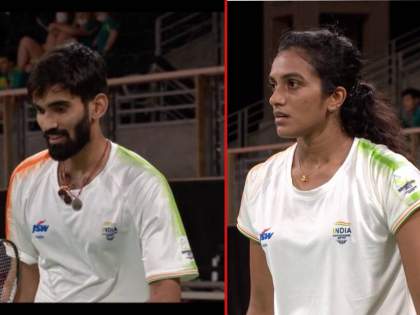 Birmingham [UK]: Indian team thrashed Pakistan 5-0 in the opening matches of the mixed team event in the Commonwealth Games 2022 in Birmingham, the UK on Friday.

In the first tie, the mixed doubles duo of B Sumeeth Reddy and Ashwini Ponnappa defeated Muhammed Irfan Syed Bhatti and Ghazala Siddique. The Indian duo wrapped up the opening game with a score of 21- 9.

The Pakistani players made a strong start in the second game, forcing the Indian duo to commit a few errors and take a 6-4 lead. However, the Indian players kept their focus and won the tie 21-9, 21-12.

The Pakistan player did try to stage a comeback in the second game of the tie but Srikanth kept his momentum.

In the third match of the group, PV Sindhu played dominantly against her opponent Mahoor Shahzad in the women’s singles.

The double Olympics medallist Sindhu made it look like a one-sided affair by taking an 11-4 lead. Sindhu clinched the first game 21-7. It was complete demolition as Pakistan’s Mahoor Shahzad had no answer to the Indian legend’s skill and trick.

Sindhu dominated the singles match as she defeated Mahoor Shahzad in straight games 21-7, 21-6 to seal the victory for India in the opening mixed team badminton event in Commonwealth Games 2022.

Fouth tie of the group saw the Indian men’s doubles duo of Satwik Rankireddy and Chirag Shetty beat Murad Ali/Muhammad Irfan 21-12, 21-9 to give India a lead 4-0.

In the last group match, Treesa Jolly and Gayatri Gopichand beat the Pakistan women’s doubles pair 21-4, 21-5 to complete a 5-0 drubbing of the neighbours on the opening day of CWG 2022