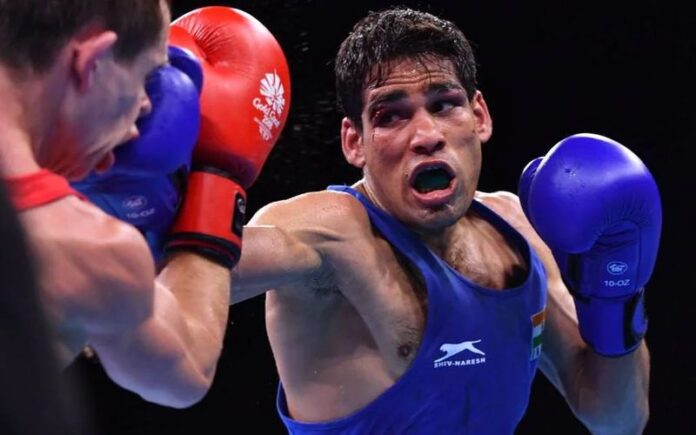 The 28-year-old suffered a 4-1 defeat against Ghana’s Joseph Commey men’s featherweight category semi-finals bout. With this medal, he became India’s 13 bronze medallist at the Commonwealth Games 2022. Hussamuddin also won the bronze medal at Gold Coast 2018, making this his second bronze in a row at the CWG.

Earlier, Jaismine Lamboriya clinched the bronze medal in the women’s 60 kg Lightweight category after losing to England’s Gemma Paige at the ongoing Commonwealth Games 2022 on Saturday.

The English boxer won the match as a split decision worked in the Brit’s favour, to seal her slot in the final of the event with a 3-2 win over the Indian.