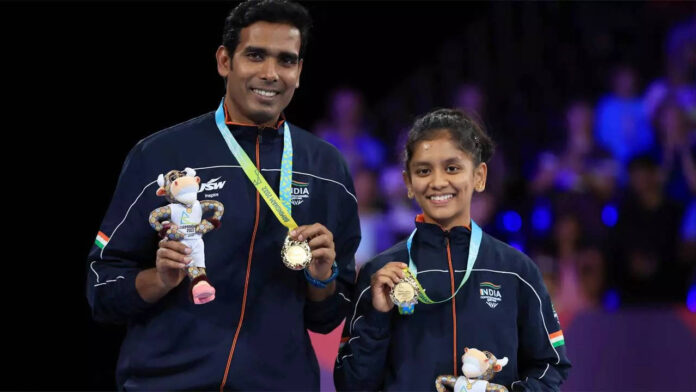 The Indian table tennis duo of Sharath Kamal and Sreeja Akula registered a 3-1 win over the Malaysian pair of Javen Choong and Karen Lyne 11-4, 9-11, 11-5, 11-6. The ace paddlers Kamal and Akula were at their best during the match as they crushed their opponent 11-4 in the first games and did not really allow Malaysian players to be in a position of advantage.

The second game of the match saw Malaysian paddlers, giving a tough fight and making a stunning comeback against the Indians to claim the second game by 11-9.

Kamal and Akula bounced back swiftly to play some aggressive shots as the Indians claimed the game by the margin of 11-5. In the fourth game, the Indian duo claimed the 11-6

In the decider both the teams tried their hardest to clinch the lead. The decider was hard fought as both teams were not ready to give up any points but the Indian paddlers played with swift moves as they clinch the match as well as the gold medal by 3-1.