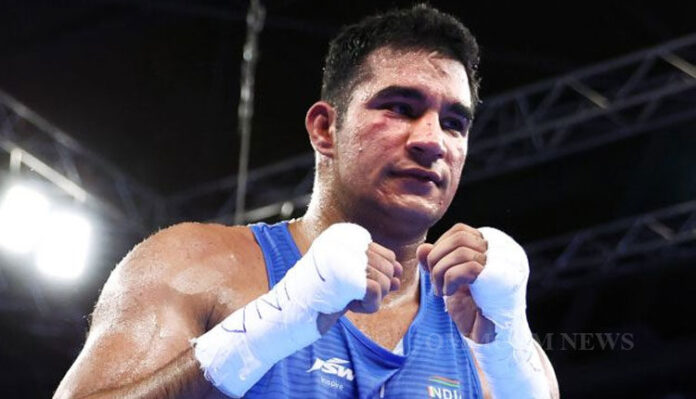 Birmingham [UK]: Indian boxer Sagar Ahlawat captured the silver medal in the final of the Men’s Over 92kg category at the ongoing Commonwealth Games 2022 in Birmingham on Sunday.

Sagar settled for a silver medal after suffering a defeat against Delicious Orie of England via Win on Points 0-5. In the first round, Sagar made a great start. Though his English opponent was always in contention, the Indian was the better boxer as the judges decided in favour of Sagar and he got 5 points.

In the second round, Orie made a stunning comeback and showcased his dominance while scoring points effortlessly. Orie delivered some amazing hooks to tire his opponent and this helped him seal the match and the gold medal.

Sagar bagged the CWG silver in the men’s boxing super heavyweight category after he came in second best to England’s Delicious Orie by unanimous decision.

Earlier, Amit Panghal captured another boxing gold for the country after defeating England’s Kiaran Macdonald in the final of 48-51 kg (Flyweight) at the ongoing Commonwealth Games 2022.

Panghal was extremely dominant in the match and won it by 5-0. He won it on basis of points.