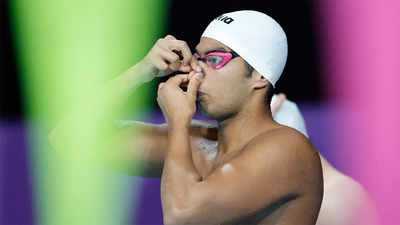 On the other hand, Para swimmer Prasanta Karmakar’s bronze at New Delhi 2010 is the only Indian medal in swimming at the Commonwealth Games so far.

Teenager Pieter Coetze, who won the gold in the 100m event, once again topped the semi-finals in 24.81s.

Earlier in the heats, Srihari Nataraj timed 25.52s to finish eighth in the strong field of 45. The top 16 in the heats qualified for the semi-finals.