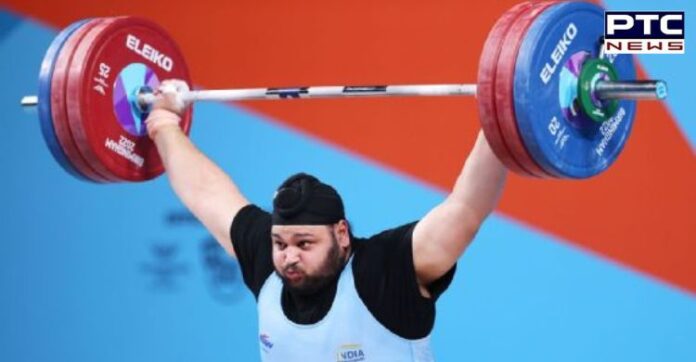 Birmingham [UK]: Indian weightlifter Gurdeep Singh bagged the bronze medal in the men’s 109-plus kg final at the ongoing Commonwealth Games 2022 with a combined weight of 390kg on Wednesday.

His second lift was for 215kg, which was unsuccessful and he went all-in for the last lift and increased it to 223kg, a Games record, and completed the lift.

Earlier in the day, Indian weightlifter Purnima Pandey finished sixth in the Women’s 87-plus kg final at the ongoing Commonwealth Games as she put up a combined lift of 228 kg and had two failed attempts each in the Snatch and Clean and Jerk category.

Her combined lift of 228 kg consisted of 103 kg in Snatch while she lifted 125 kg in the Clean and Jerk category.