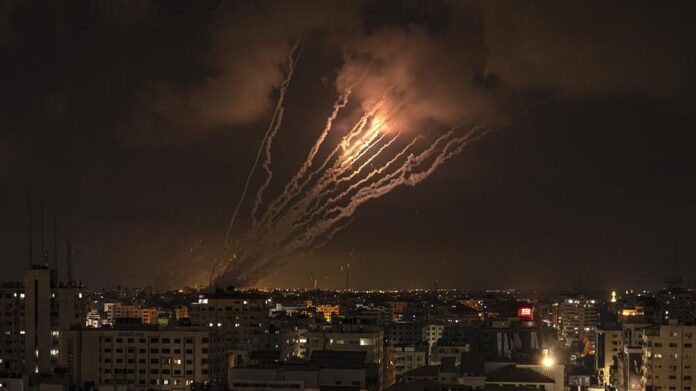 Tel Aviv [Israel]: At least 24 people have been killed and 203 others suffered injuries as a result of the airstrikes targeting the Gaza Strip under Israel’s operation Breaking Dawn against Palestinian movement Islamic Jihad, the Palestinian enclave’s health ministry said on Saturday.

“As a result of Israeli airstrikes on the Gaza Strip, 24 people died, including six children and two women, and 203 sustained injuries,” the ministry said in a statement. On Friday, the Israel Defense Forces launched the Breaking Dawn operation against the Islamic Jihad movement in the Gaza Strip and carried out missile strikes, initially killing 10 people and injuring over 50, according to the Palestinian health ministry.

Following the airstrikes, Ziyad Nakhalah, the leader of Palestinian Islamic Jihad, threatened to retaliate by launching a missile attack on Tel Aviv. Israel introduced a state of emergency and has since been repelling missile attacks while continuing to launch new strikes on the Gaza Strip.