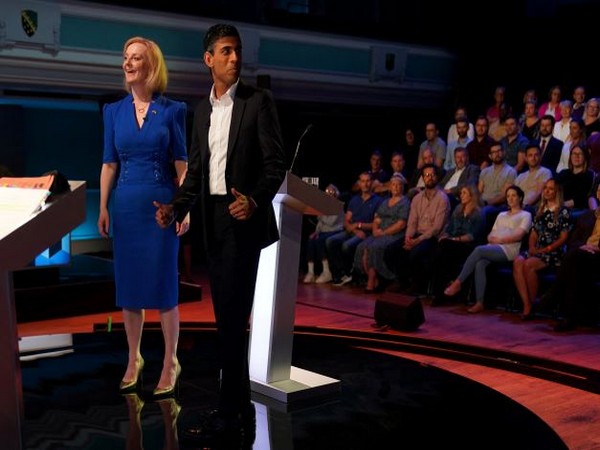 “Kate McCann fainted on air tonight and although she is fine, the medical advice was that we shouldn’t continue with the debate. We apologise to our viewers and listeners,” tweeted TalkTV, which was co-hosting Tuesday evening’s programme with the Sun. Former chancellor Rishi Sunak and British Foreign Secretary, Liz Truss were taking part in a second head-to-head debate when a loud crash was heard in the studio, reported UK-based media.
Truss panicked at the loud crash and could be heard saying “oh my god” as she walked off the stage, after which the broadcast was suspended.

The programme immediately went off-air, with a message appearing on-screen saying: “We are sorry for the disruption to this programme. We are working hard to fix the issue and will return to normal programming soon.”

McCann was scheduled to appear alongside the Sun’s political editor, Harry Cole, but he tweeted that he had tested positive for Covid-19 earlier on Tuesday, reported UK-based media.

However, In the half hour before the debate went offline when presenter Kate McCann fainted, Rishi Sunak and Liz Truss managed to touch upon some of the more contentious issues in this leadership contest, such as taxes, the Ukraine conflict, rising energy and food costs during a cost of living crisis.

During Monday’s BBC debate in Stoke-on-Trent, Sunak and Truss talked over each other and clashed on taxes, their Brexit records and the schools they went to.

Both of them are vying to replace Boris Johnson as UK’s next Prime Minister. The Tory leadership race was triggered after Johnson was forced to step down on July 7 amid an avalanche of resignations of government officials, who protested against his scandal-plagued leadership. Johnson will continue to serve as caretaker prime minister until a new Tory leader succeeds him.