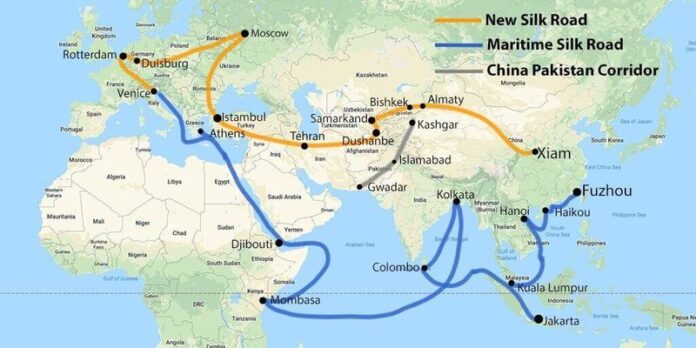 Beijing [China]: Chinese investment under Belt and Road Initiative (BRI) across the world is causing alarm, including among the beneficiaries, as some realise, at times too late, perils of the debt trap that it entails.

A recent warning by Bangladesh finance minister Mustafa Kamal or a recent cancellation of a key Chinese-financed project by Zambia are sharp pointers, Financial Post, an American-based publication reported.

Kamal has warned that developing countries “must think twice” about taking more loans through BRI as global inflation and slowing growth add to the strains on indebted emerging markets.

In an interview to Financial Times, Kamal also said China needed to be “more rigorous in evaluating its loans amid concerns that poor lending decisions risked pushing countries into debt distress.”

The deep economic stress Pakistan is currently experiencing and the regime change in Sri Lanka amidst massive public protests have rattled many in South Asia even as experts elsewhere take note of these economies that are weak but remain significant as their wellbeing affects huge populations, reported Financial Post.

Pointing to Sri Lanka, where Chinese-backed infrastructure projects that failed to generate returns had exacerbated a severe economic crisis, the Bangladeshi finance minister said, “Whatever the situation [that] is going on worldwide, everybody will be thinking twice to agree to this project (BRI).”

He said the Lankan crisis highlighted that China had “not been rigorous enough” in deciding which projects to support. It needs to “make a thorough study” before lending to a project. After Sri Lanka . . . we felt that Chinese authorities are not taking care of this particular aspect, which is very, very important.”

Moreover, Sri Lanka, which defaulted on its sovereign debt in May, is in negotiations with the IMF for an emergency bailout.

Pakistan, whose foreign reserves have fallen to enough for just a month and a half’s worth of imports, last month reached a preliminary deal with the fund to release USD 1.3 billion as part of an existing USD 7 billion assistance package.

But as the economy spirals down by the day, the IMF money remains elusive.

Pakistan Army Chief General Qamar Jawed Bajwa has added economic diplomacy to his military duties as he is due to retire in November. He has met or telephoned top officials of the United States, Saudi Arabia and the UAE, among others.

Bangladesh has been hit hard by a rising energy import bill, with fuel shortages forcing daily, multi-hour power cuts. Its foreign reserves have also fallen to less than USD 40 billion from more than USD 45 billion a year ago, reported Financial Post.

Like other BRI beneficiaries, Bangladesh is “under pressure.” Like “everybody is suffering, we’re also under pressure”, Kamal said, determined not to default, like Pakistan and Sri Lanka, in debt servicing.

Kamal’s unstated warning to all BRI beneficiaries, wherever they are on the globe, is that economic mismanagement, dependence on the BRI’s “easy money” and defaulting in debt repayment is a sure recipe for political turmoil.

It’s a mixed picture, but worrisome nevertheless. Some get abjectly dependent and cannot find a way out, others struggle to survive by curtailing dependence and cancelling projects.

But suffering in silence is not an option: debts incurred have to be paid back, come what may, advised Financial Post.